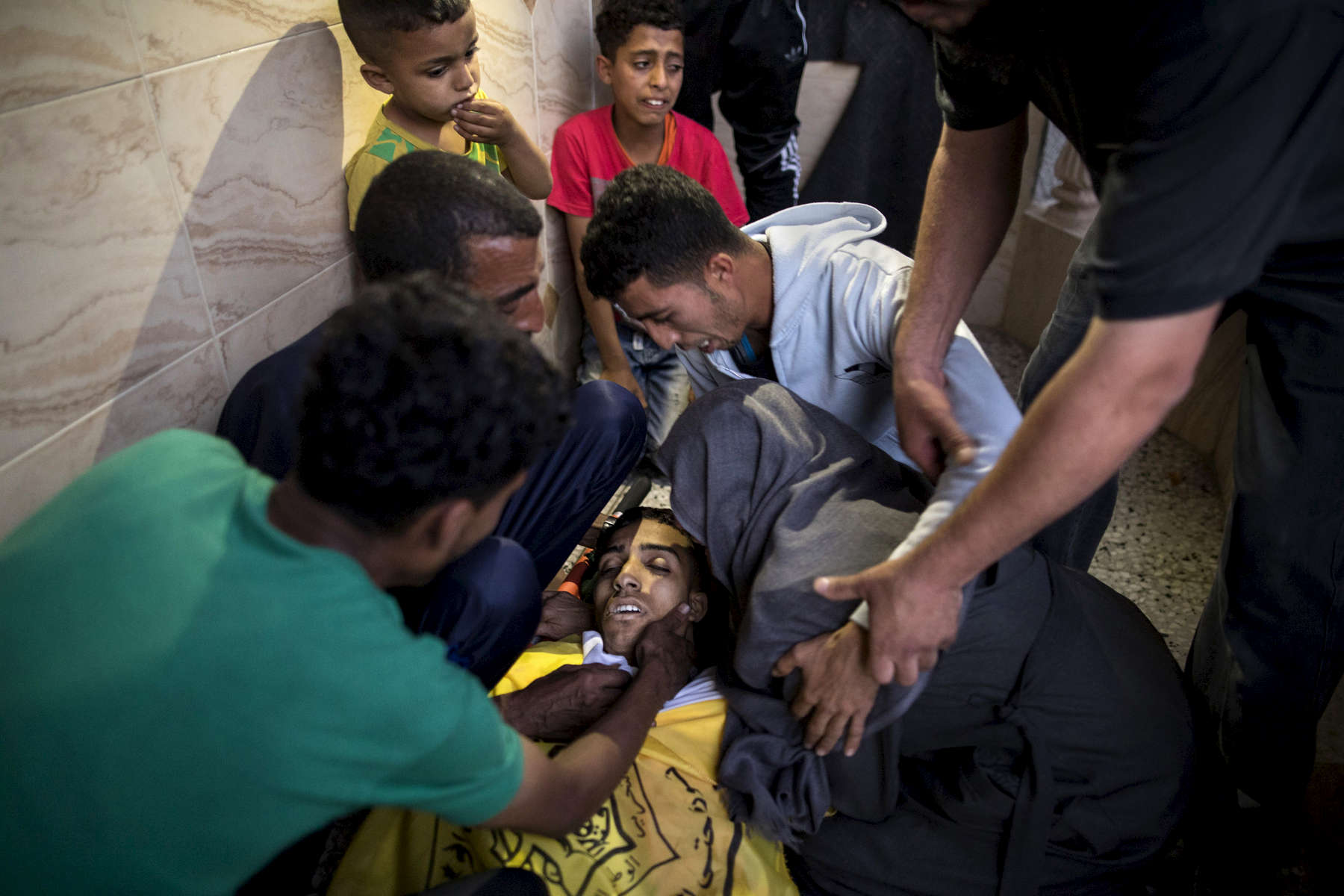 GAZA CITY, GAZA STRIP- MAY 14,2018 A family grieves as another funeral takes place on May 14,2018 in Gaza city, Gaza strip. According to the International Committee of the Red Cross (ICRC), 13,000 Palestinians were wounded (as of June 19, 2018), the majority severely, with some 1,400 struck by three to five bullets. No Israelis were physically harmed during this time period, Israel's use of deadly force was condemned during the UN general assembly on June 13 th along with other human rights organizations.The world’s largest open air prison along the Israel-Gaza border. Everyone is well aware that Gaza's two million inhabitants are trapped in a cycle of violence and poverty, created by policies and political decisions on both sides. The problems and complications affecting Gaza today are overwhelming.