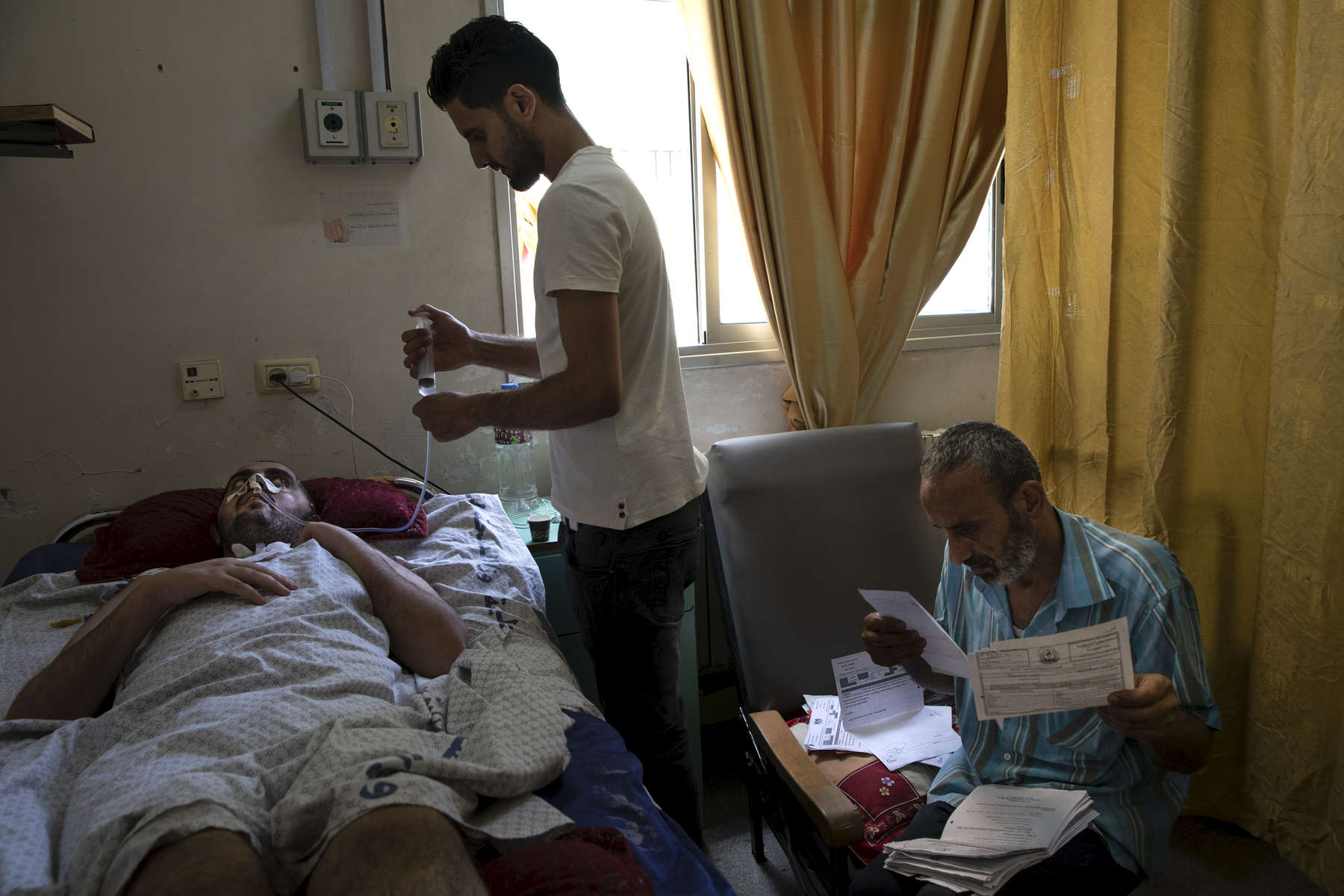 GAZA CITY, GAZA STRIP- MAY 21,2018 Baraa’ Hassan, 23, suffers from a malignant brain tumor is seen at Rantisi hospital, one of the best medical facilities for Cancer,in Gaza city on May 21,2018. His case is serious, he was transferred to Hebron Hospital underwent a surgery to remove a part of the tumor. After the surgery he fell in a coma lasted for 45 days. His family still waits the Israeli permit under the pretext of “security check”. six months without response. His brother: Anas Hassan.

on May 21,2018 in Gaza city, Gaza strip. He was shot by twice in his leg at close range with explosive bullets, one in his upper thigh and the other under his knee on May 3rd. He was climbing the Israeli border fence when he was severely injured. The Israel soldiers decided to see his life, dragging him through the border fence, then he was flown to Soroka hospital in Beer Shaba, Israel where he spent 16 days in Intensive care, his leg was amputated there as well.

The Israeli military (IDF) started using new weaponry, explosive bullets that shatter bones, tissue, destroying veins and arteries, the aim is to create a handicapped community, especially amongst the young male population. Many of the wounded protesters have to undergo multiple surgeries to try to save their limbs, and in some cases amputation is the only solution.