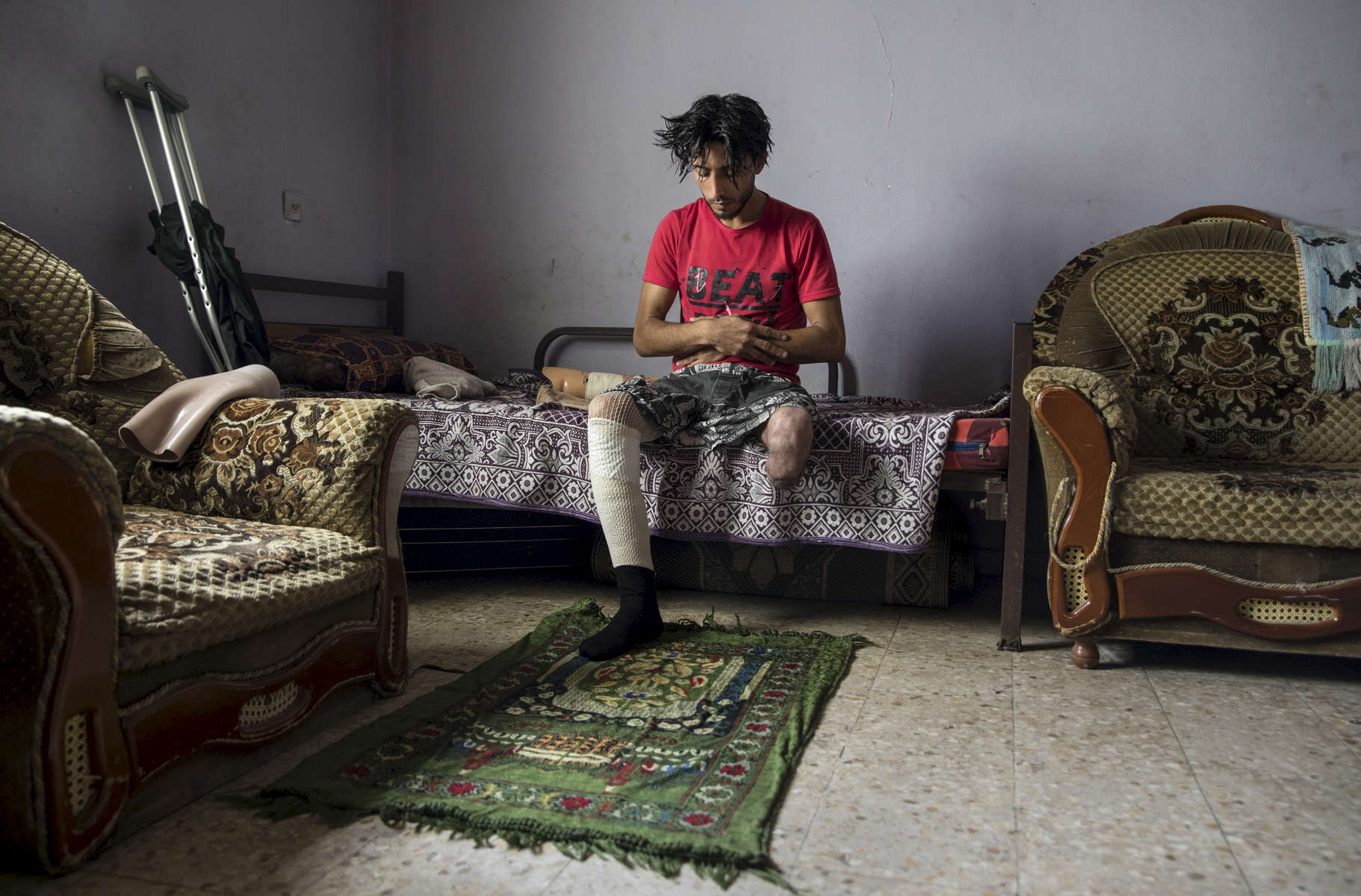 GAZA CITY, GAZA STRIP- MAY 23,2018: Iyad Manar Al-Dawhid, 28, prays in his home on May 23,2018 in Gaza city, Gaza strip. Iyad was injured again on April 7th at the protest when a bullet hit his prosthesis, injuring his other leg. He had his left leg amputated in a car accident in 2011.

According to the International Committee of the Red Cross (ICRC), 13,000 Palestinians were wounded (as of June 19, 2018), the majority severely, with some 1,400 struck by three to five bullets. No Israelis were physically harmed during this time period, Israel's use of deadly force was condemned during the UN general assembly on June 13 th along with other human rights organizations.