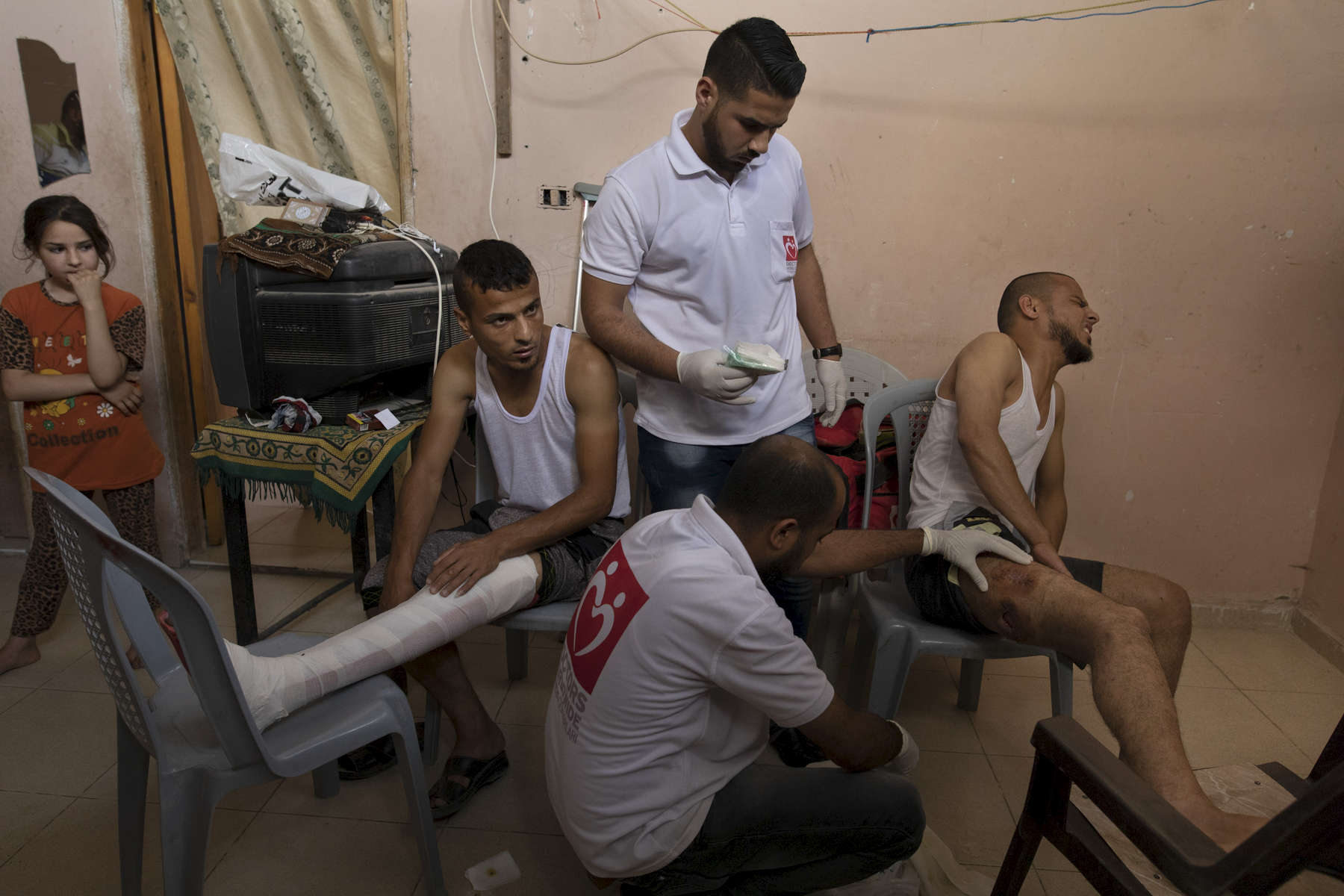 GAZA CITY, GAZA STRIP- MAY 23,2018 Doctors Worldwide,a Turkish ngo gives medical treatment to gunshot victims inside their homes on May 23,2018 in Gaza city, Gaza strip. The world’s largest open air prison along the Israel-Gaza border. Everyone is well aware that Gaza's two million inhabitants are trapped in a cycle of violence and poverty, created by policies and political decisions on both sides. The problems and complications affecting Gaza today are overwhelming.