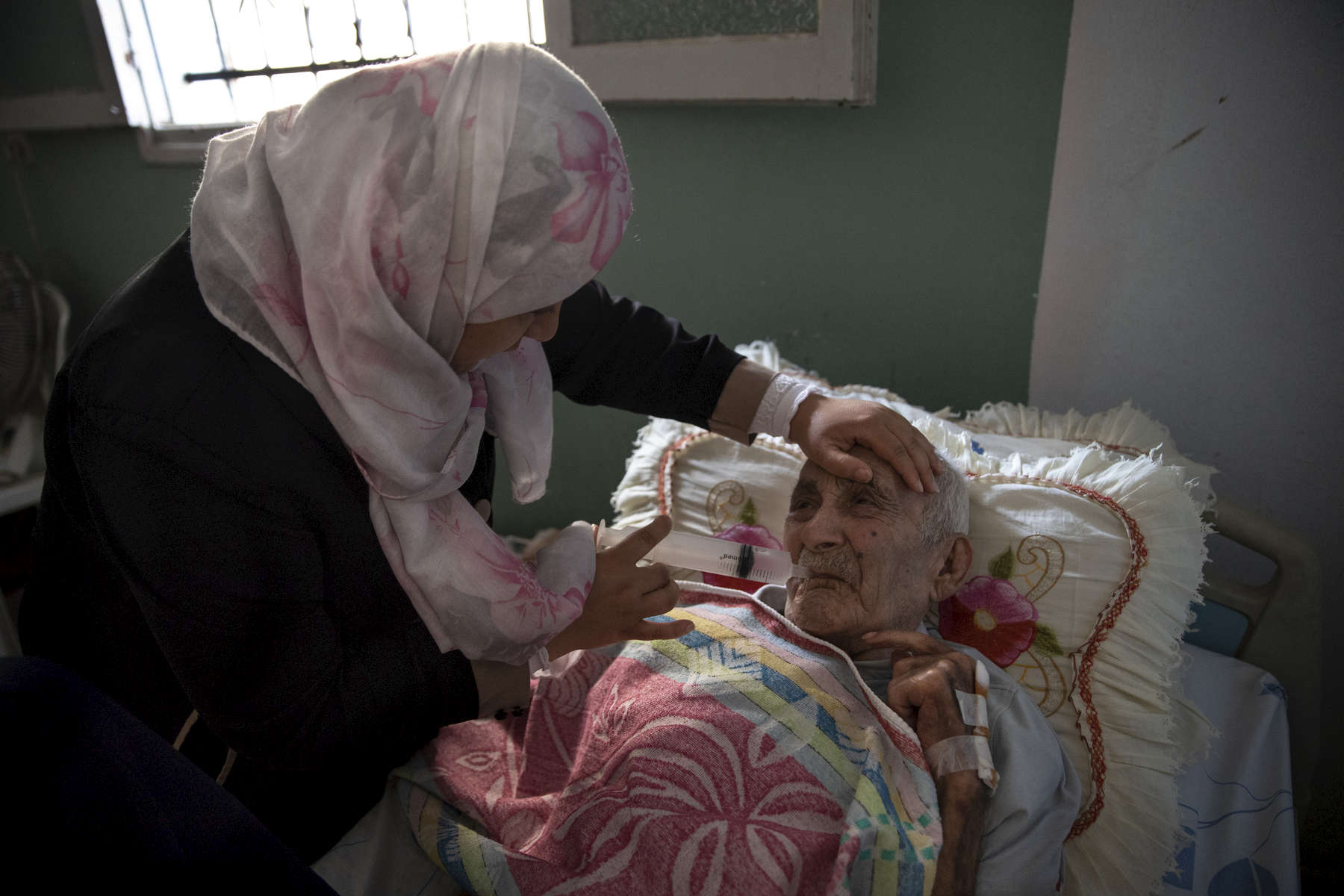 Fadel Al-Zain, 70, is taken care of by his daughter Hana' Al-Zain on May 27,2018 in Beit Lahia, Gaza strip. He was injured in height of the 2014 offensive when bombing hit near his home. He is now paralyzed, quadriplegic, and can't function on his own after he suffered internal bleeding in his brain.The world’s largest open air prison along the Israel-Gaza border. Everyone is well aware that Gaza's two million inhabitants are trapped in a cycle of violence and poverty, created by policies and political decisions on both sides. The problems and complications affecting Gaza today are overwhelming.