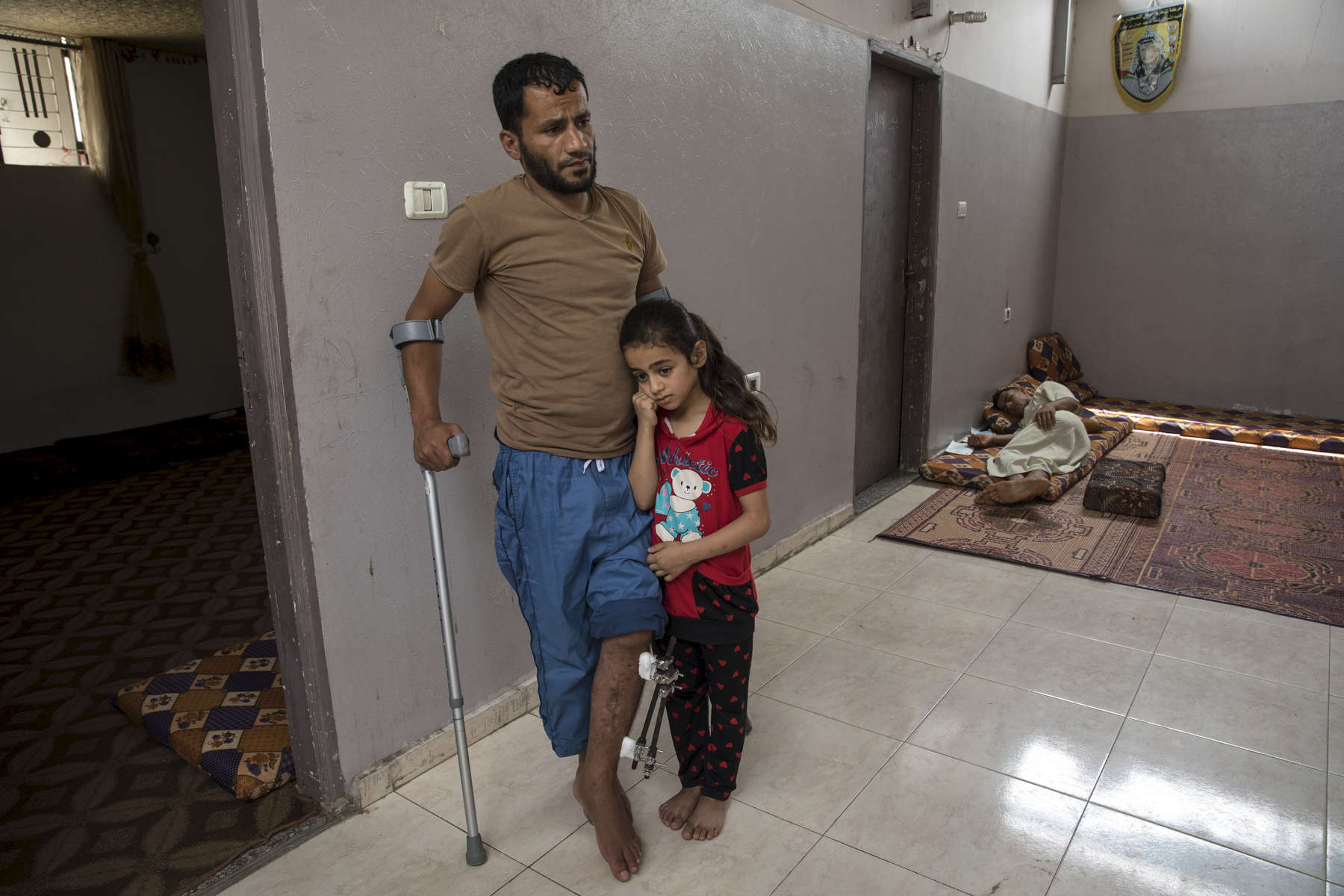 GAZA CITY, GAZA STRIP- MAY 22,2018 : Ahmad Abu Jaser, 31, father of four daughters, hugs his daughter Lyan, age 7, he sustained an injury in his leg along with his brother who was shot twice, in his thigh and back resting on the floor on May 22,2018 in Gaza city, Gaza strip.

At least 110 Palestinians were killed during the between March 30-May 15th. According to the International Committee of the Red Cross (ICRC), 13,000 Palestinians were wounded (as of June 19, 2018), the majority severely, with some 1,400 struck by three to five bullets. No Israelis were physically harmed during this time period, Israel's use of deadly force was condemned during the UN general assembly on June 13 th along with other human rights organizations.