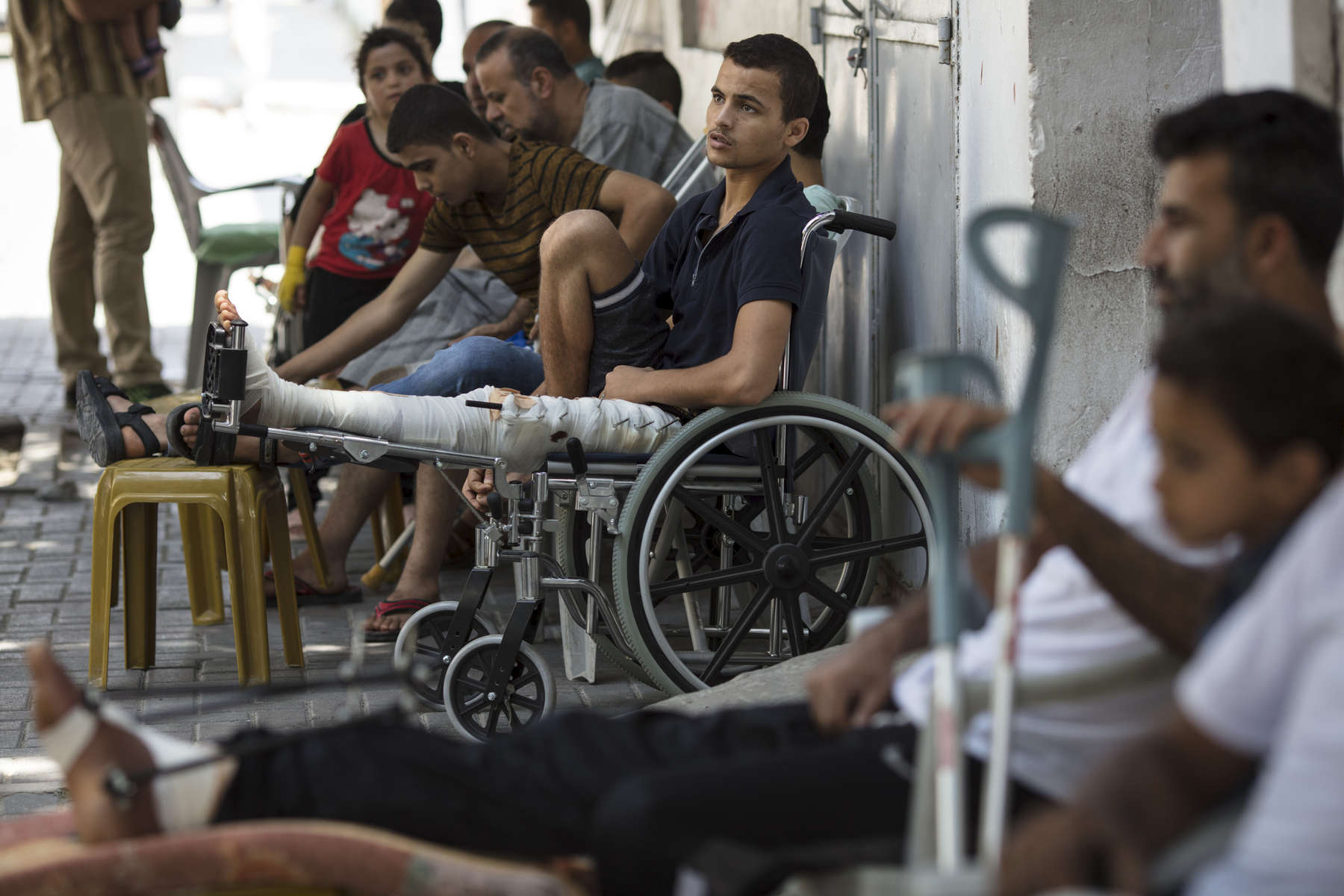 GAZA CITY, GAZA STRIP- MAY 20,2018: At the Médecins Sans Frontières (MSF) clinic male patients are lined up awaiting medical treatment on May 20,2018 in Gaza city, Gaza strip. MSF has focused their attention on treating injuries caused by bullet wounds.According to the International Committee of the Red Cross (ICRC), 13,000 Palestinians were wounded (as of June 19, 2018), the majority severely, with some 1,400 struck by three to five bullets. No Israelis were physically harmed during this time period, Israel's use of deadly force was condemned during the UN general assembly on June 13 th along with other human rights organizations. The Israeli military (IDF) started using new weaponry, explosive bullets that shatter bones, tissue, destroying veins and arteries, the aim is to create a handicapped community, especially amongst the young male population. Many of the wounded protesters have to undergo multiple surgeries to try to save their limbs, and in some cases amputation is the only solution. With limited healthcare available in Gaza many were sent to Jordan and Turkey for further treatment. More issues that plague Gaza include a water supply that is 95 percent contaminated and a population forced to live without electricity for 21 hours a day. Gaza is compared to Venezuela with almost half of it’s labor force unemployed. Everyone is well aware that Gaza's two million inhabitants are trapped in a cycle of violence and poverty, living in an open air prison. The problems and complications affecting Gaza today are overwhelming. The world, seemingly accustomed to the suffering of the Gazan people turns a blind eye.