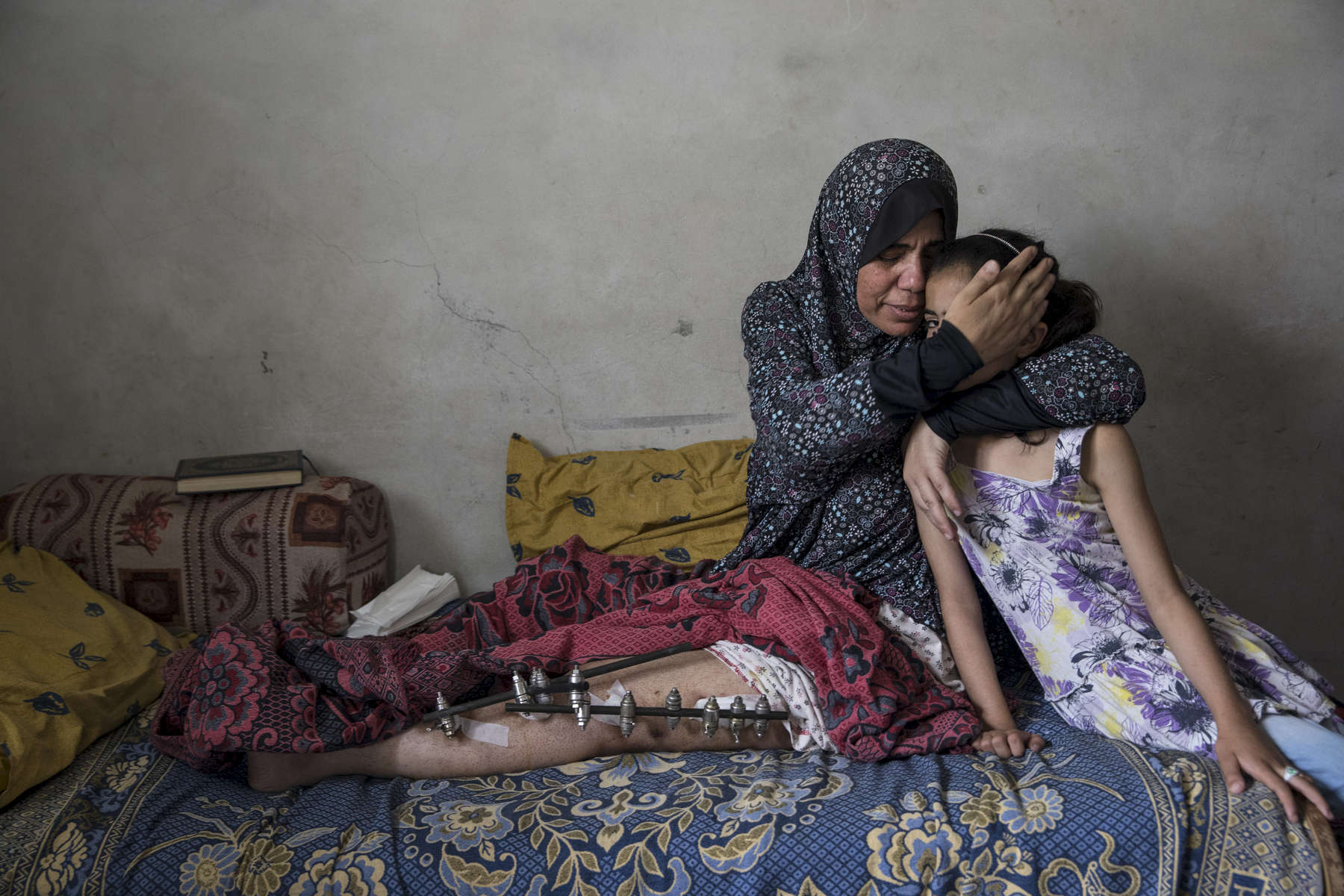 GAZA STRIP- MAY 22,2018 : Kefah Al-Ajrami, 47, holds her daughter Zamzam Al-Ajrami, 9 years who was crying after seeing her mother in pain on May 22,2018 in Gaza city, Gaza strip. Kefah is a mother of seven, she was shot in her left leg with an exploding bullet causing extensive injury to her leg. She went to the protests on March 30th along with her children and husband but was nowhere near fence. The Israeli military (IDF) started using new weaponry, explosive bullets that shatter bones, tissue, destroying veins and arteries, the aim is to create a handicapped community, especially amongst the young male population.