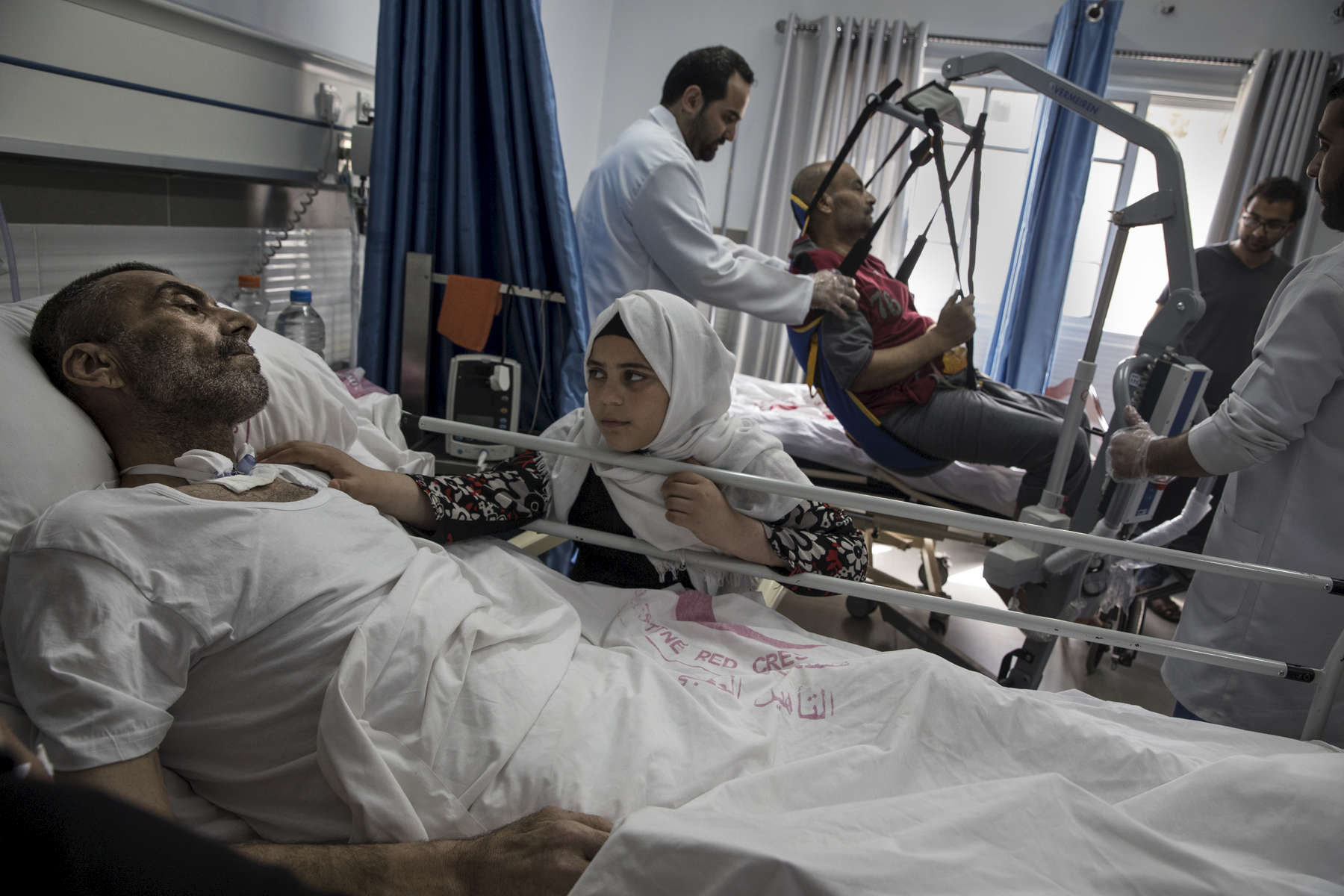 GAZA STRIP- MAY 19,2018 : Rashad Al-Baba, 58, shot twice by Israeli forces is seen with his grand daughter Lujain Al-Baba, 12, at the Red Crescent Rehabilitation Center of Al-Amal on May 19,2018 in Gaza strip. He was injured on March 30th when he arrived to the protest near Rafah looking to protect his grand children who went there without his knowledge. After the injury, Rashad suffered a heart attack, spending 27 days in the intensive care unit.

The problems and complications affecting Gaza today are overwhelming.