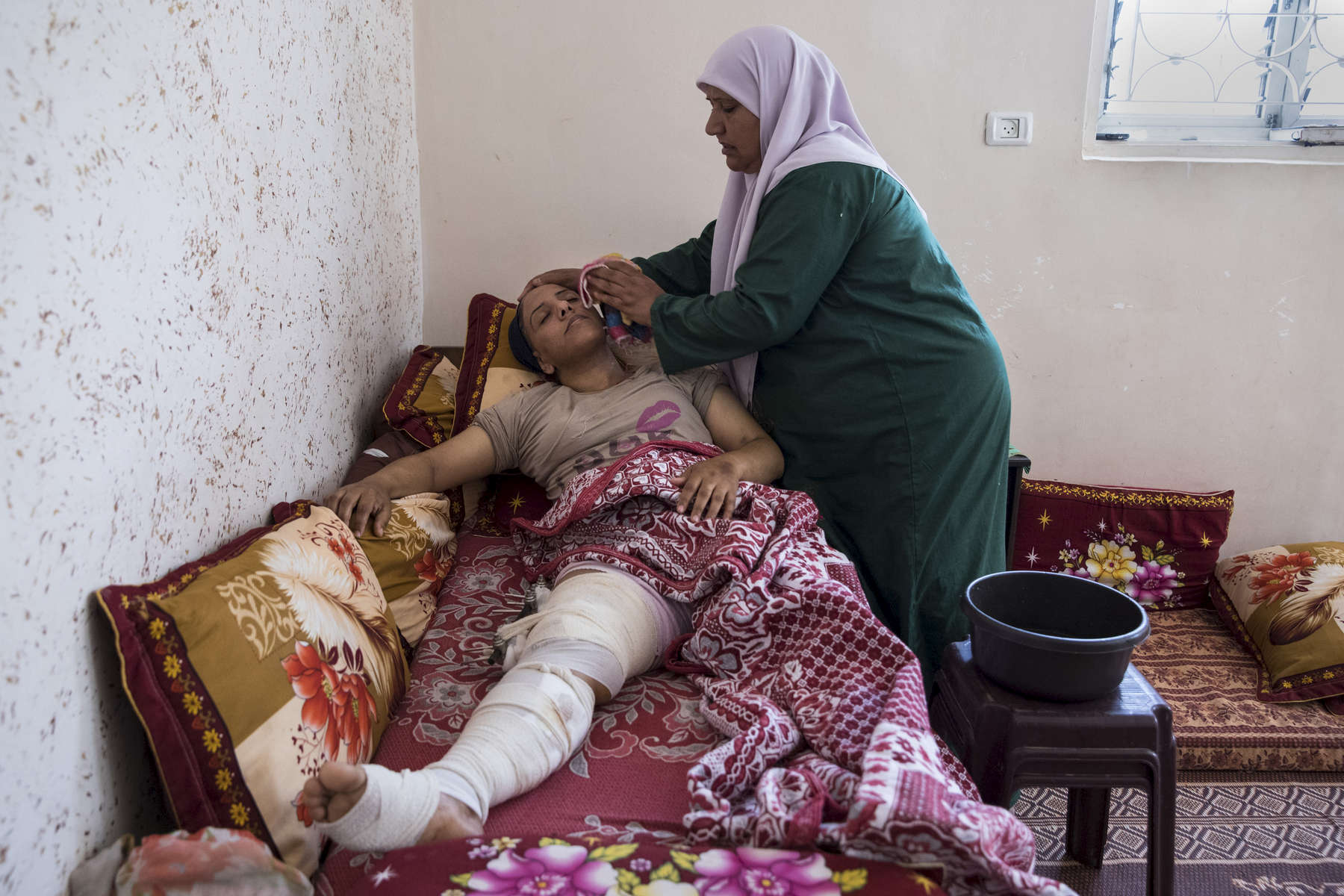 GAZA CITY, GAZA STRIP- MAY 25,2018 : Dawlat Fawzi Hamadin, 33, from Beit Hanoun, gets washed by her mother on May 25, 2018 in Gaza. She was shot on May 14th, damaging the main artery of the heart with severe tissue damage. Dawlat was pronounced dead, then after an operation that lasted for seven hours she survived. She is the only breadwinner of the family and worked as a hairdresser.