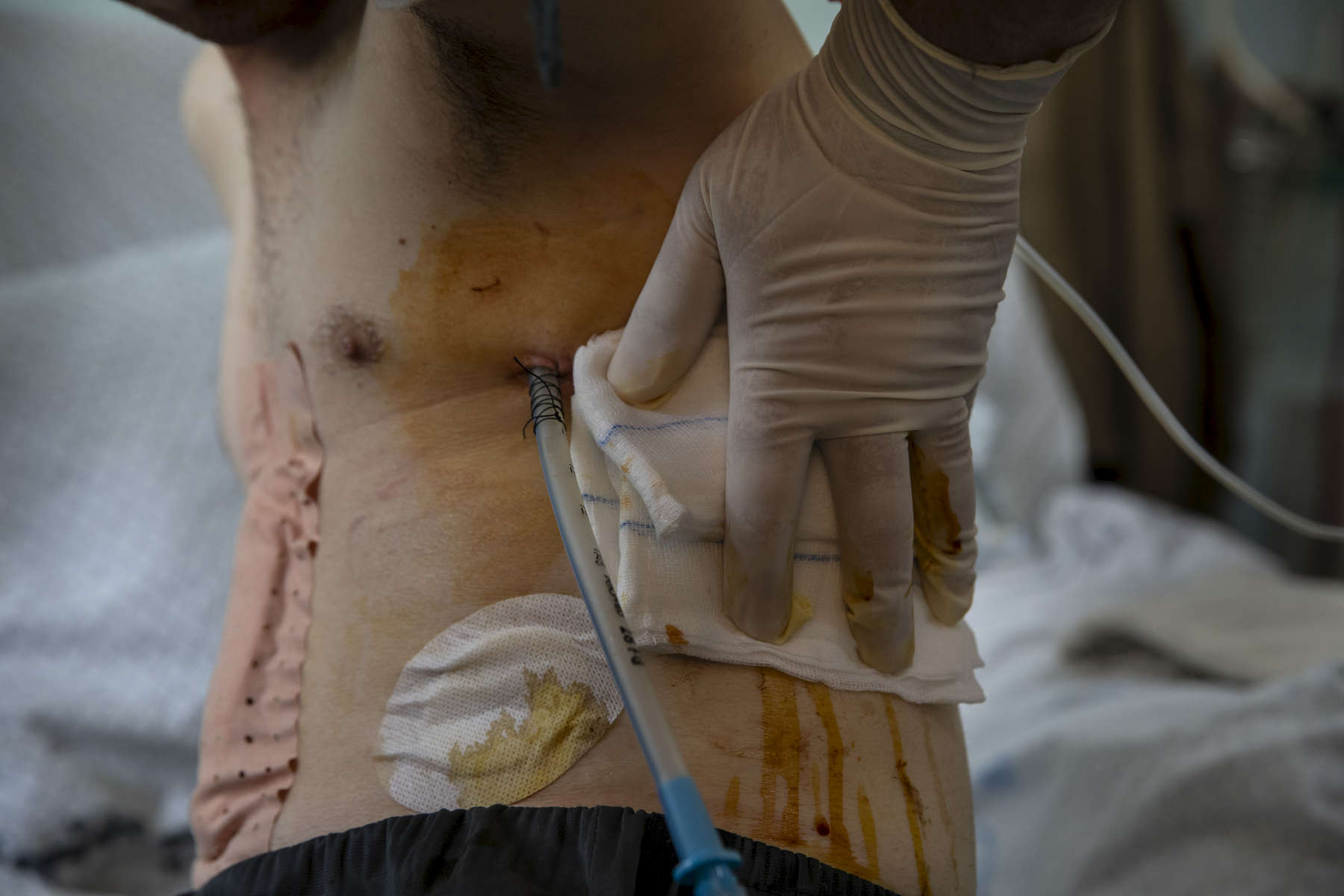 KHAN YUNIS, GAZA STRIP- MAY 21,2018: Mohammed Abu Taha, 27, is seen at the European Gaza hospital in Khan Yunis on May 21,2018 in Gaza strip. He was shot twice on May 11th while he was attending the protests in his hand and the bullet penetrated to his abdomen, spending 10 days in the hospital.