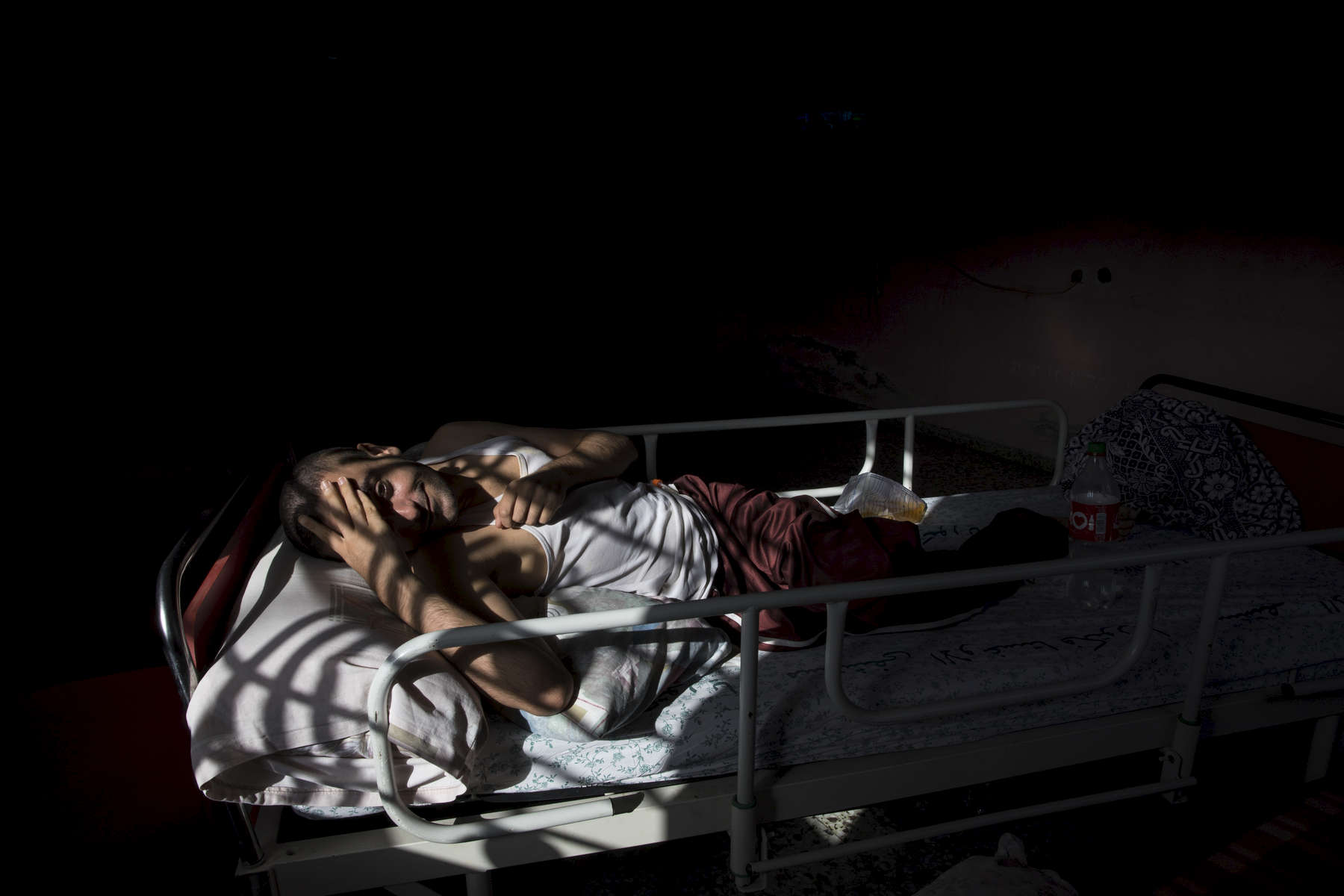 on May 26,2018 in the Gaza strip. Odai Imad Ali, 24, from Jabalia, lost hearing since he was an eight-month baby after suffering meningitis. In 2014, he got injured in his back in a bombing targeted their home's farm led to suffering hemiplegia. He suffers from severe bed sores.