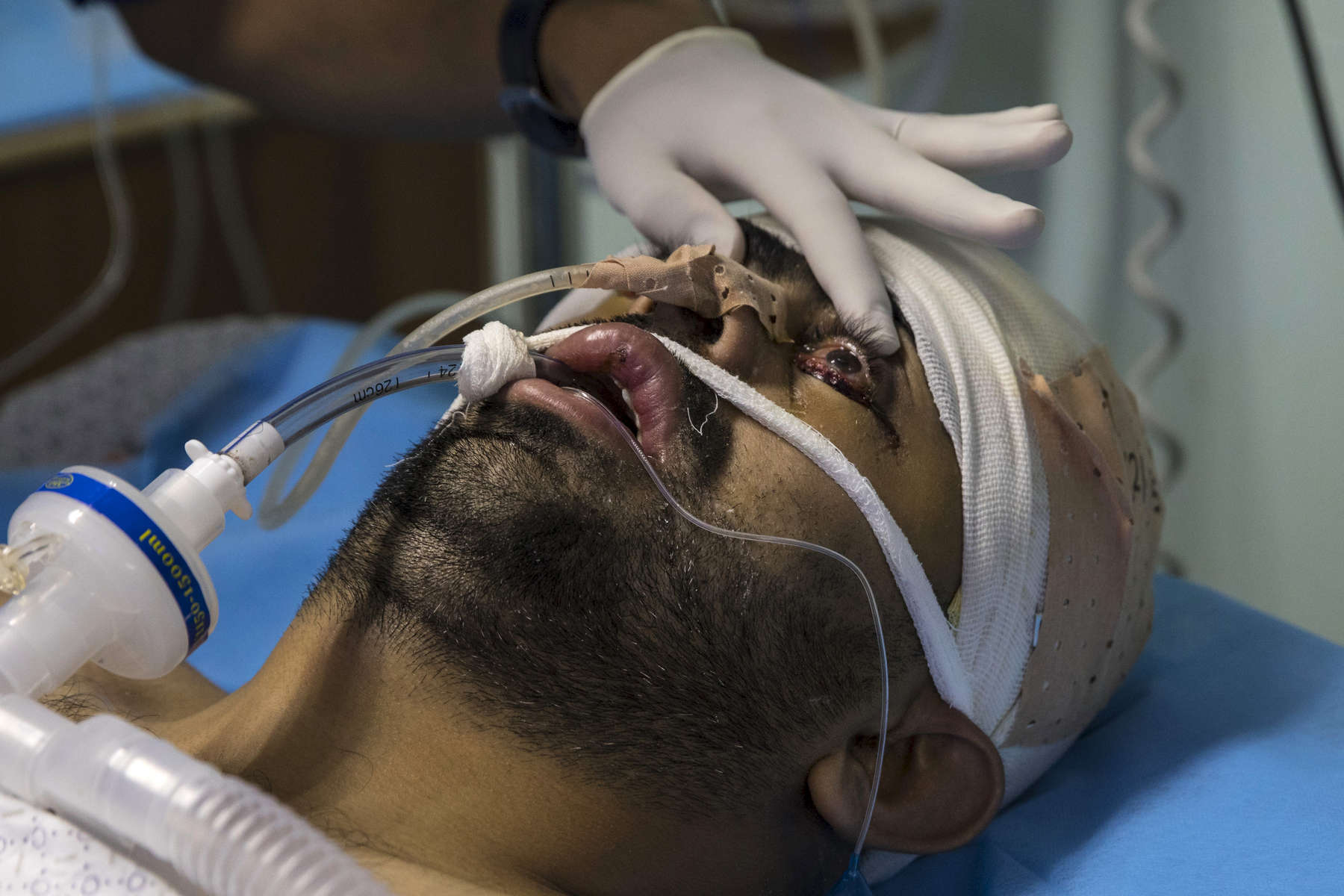 GAZA STRIP- MAY 21,2018: Wesam Hijazi, 32, is seen in critical condition at the European Gaza hospital Intensive care unit on May 21,2018 in Gaza strip. He has been in a coma for a week after being shot in the head with an exploding bullet at the protests on May 14th. Wesam’s younger brother, Yousef, was also injured in his abdomen, his older brother killed in an Israeli bombing in 2010. Wesam is married and a father of one-year old child.