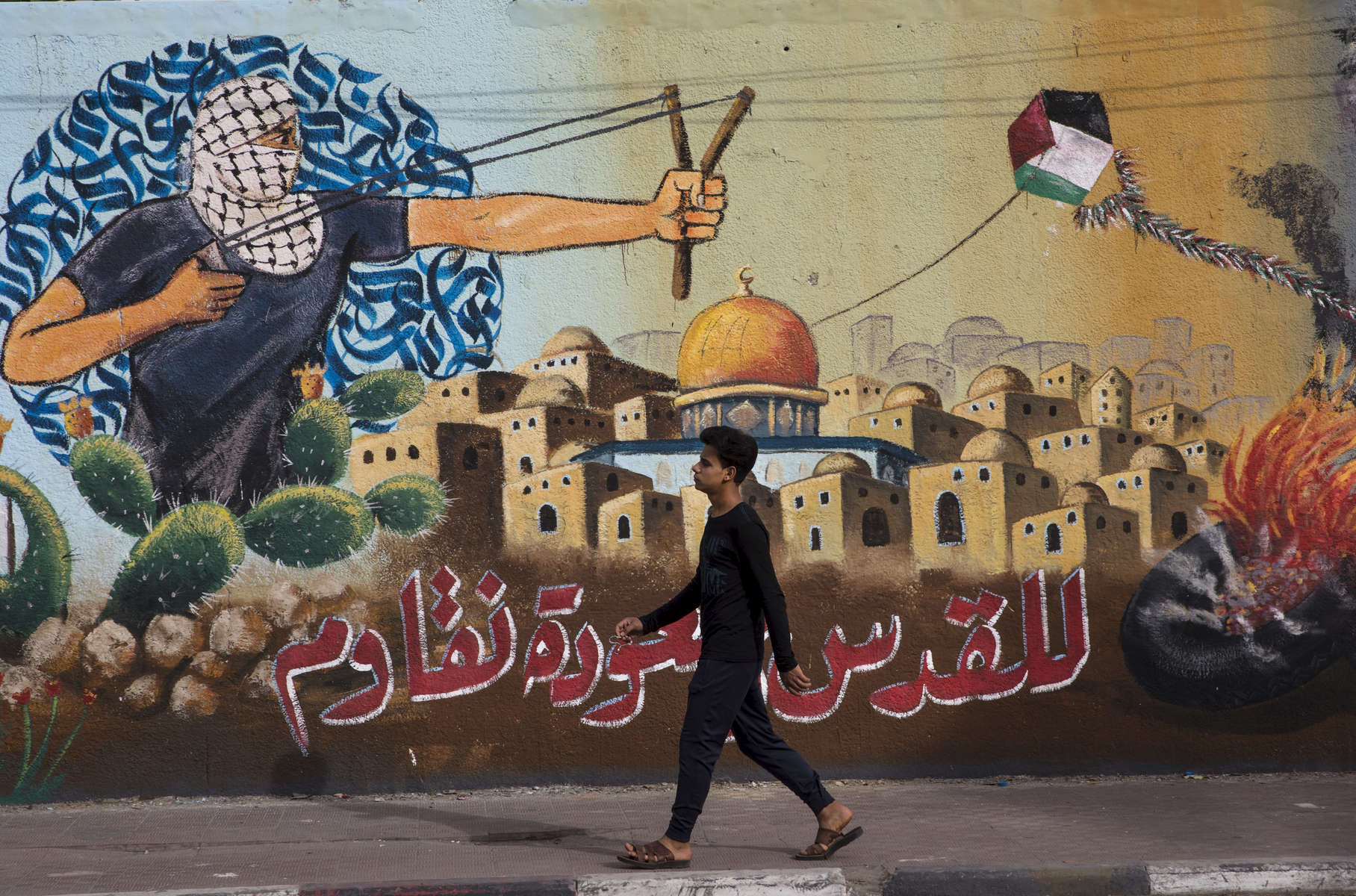 A man walks by a mural depicting the struggle for freedom May 22,2018 in Gaza city, Gaza strip. The world’s largest open air prison along the Israel-Gaza border. Everyone is well aware that Gaza's two million inhabitants are trapped in a cycle of violence and poverty, created by policies and political decisions on both sides. The problems and complications affecting Gaza today are overwhelming.