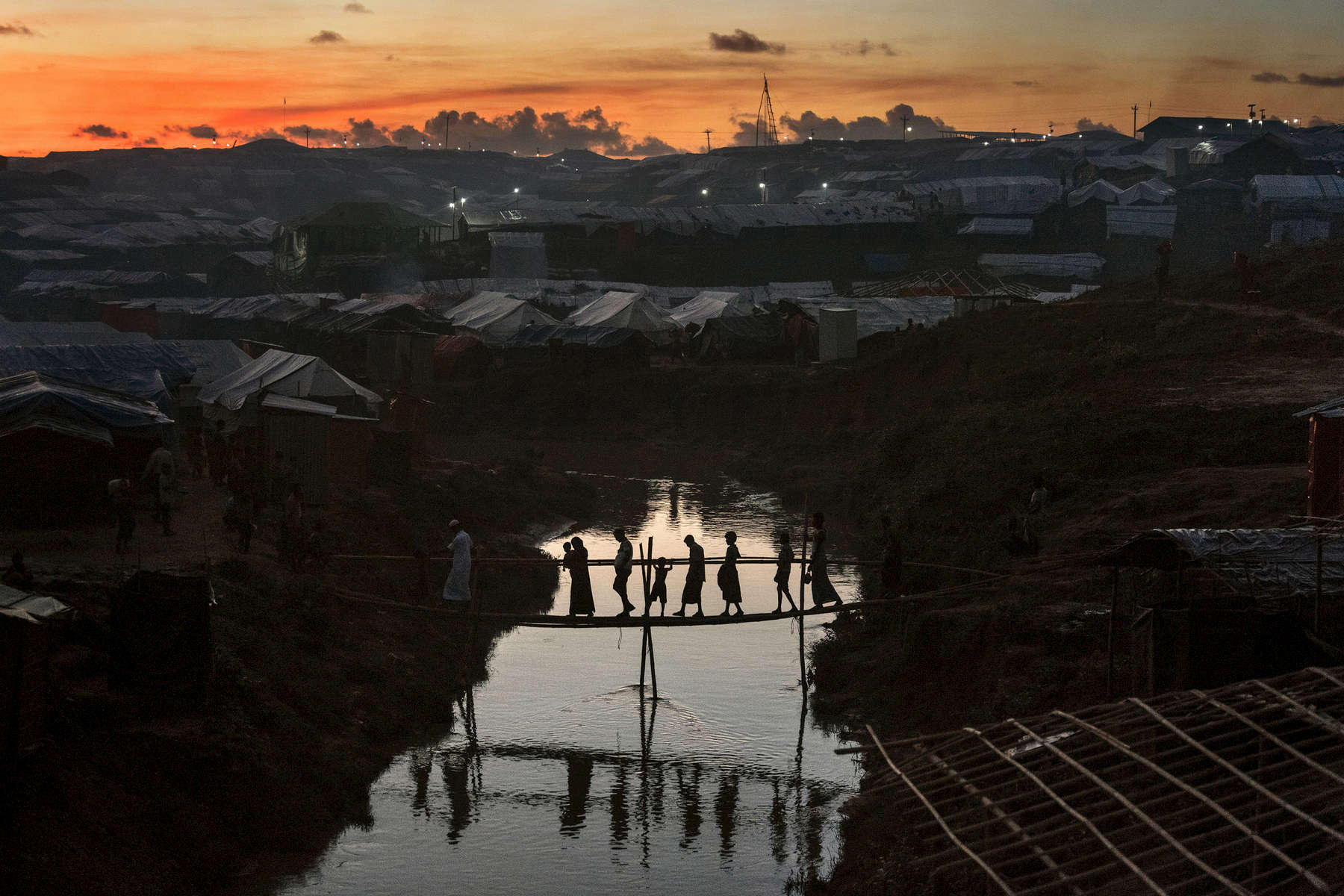 
Rohingya cross a bamboo bridge over a stream as the sun sets October 13, inside the sprawling Kutuplaong refugee camp.

The refugee emergency unfolded in late August after an attack on state security forces by Rohingya insurgents, triggering a brutal military crackdown that has forced more than half of the country’s 1.1 million population fleeing to neighboring Bangladesh creating the fastest cross-border exodus ever witnessed with over 655,000 new arrivals.