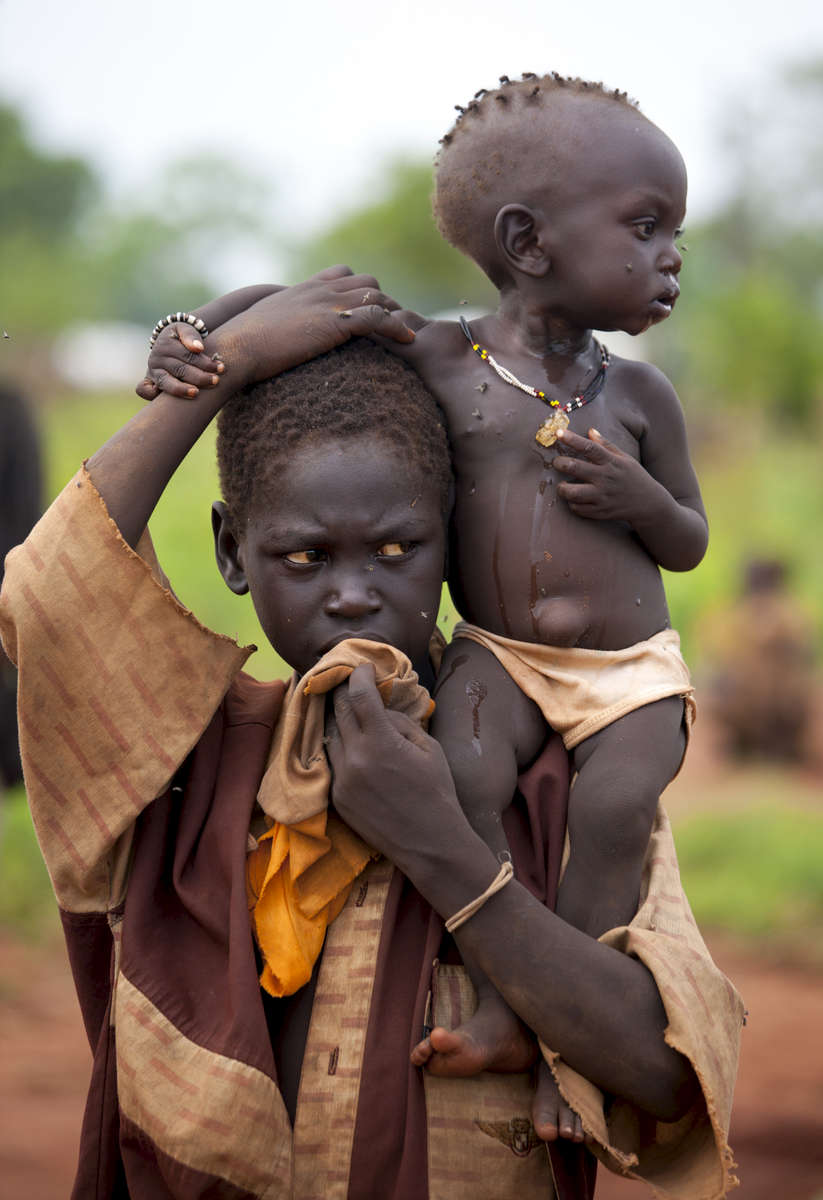 
YIDA REFUGEE CAMP, SOUTH SUDAN - JULY 6: A Sudanese boy holds his younger brother having rived at the Yida refugee camp two days earlier July 6, 2012 in Yida, South Sudan. Yida refugee camp grows each day and now has swollen to over 64,000, as the refugees continue to flee from South Kordofan in North Sudan. The numbers of refugees arriving from North Sudan vary from 500 to 1,000 a day. Many new arrivals walked from 3 to 5 days to reach the camp without food. The rainy season has increased the numbers suffering from diarrhea, severe malnutrition and malaria. Even with refugees having food, there are sanitation issues causing the increased illness with the field hospitals saying that 95% of all patients are under the age of five. (Photo by Paula Bronstein/Getty Images)