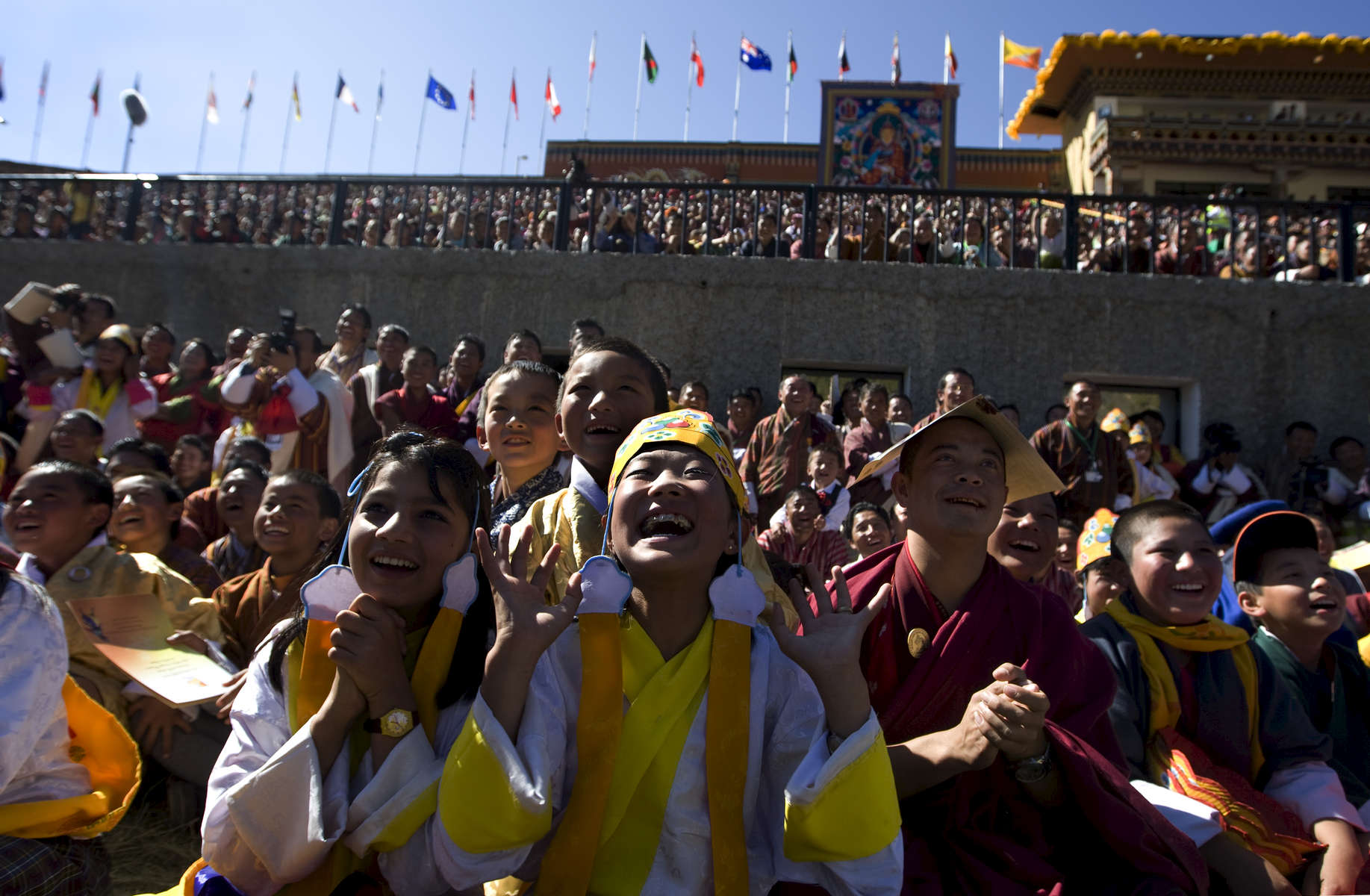 
THIMPHU, BHUTAN -NOV 8, 2008: Bhutanese laugh during a game of pillow fighting during the Coronation celebration at the Chang-Lime-Thang stadium November 8, 2008 in Thimphu, Bhutan. His Majesty Jigme Khesar Namgyel Wangchuck, 28, the young Bhutanese king, an Oxford-educated bachelor became the youngest reigning monarch on the planet when he was crowned on November 6th. The tiny Himalayan kingdom, a Buddhist nation of 635,000 people is wedged between China and India.