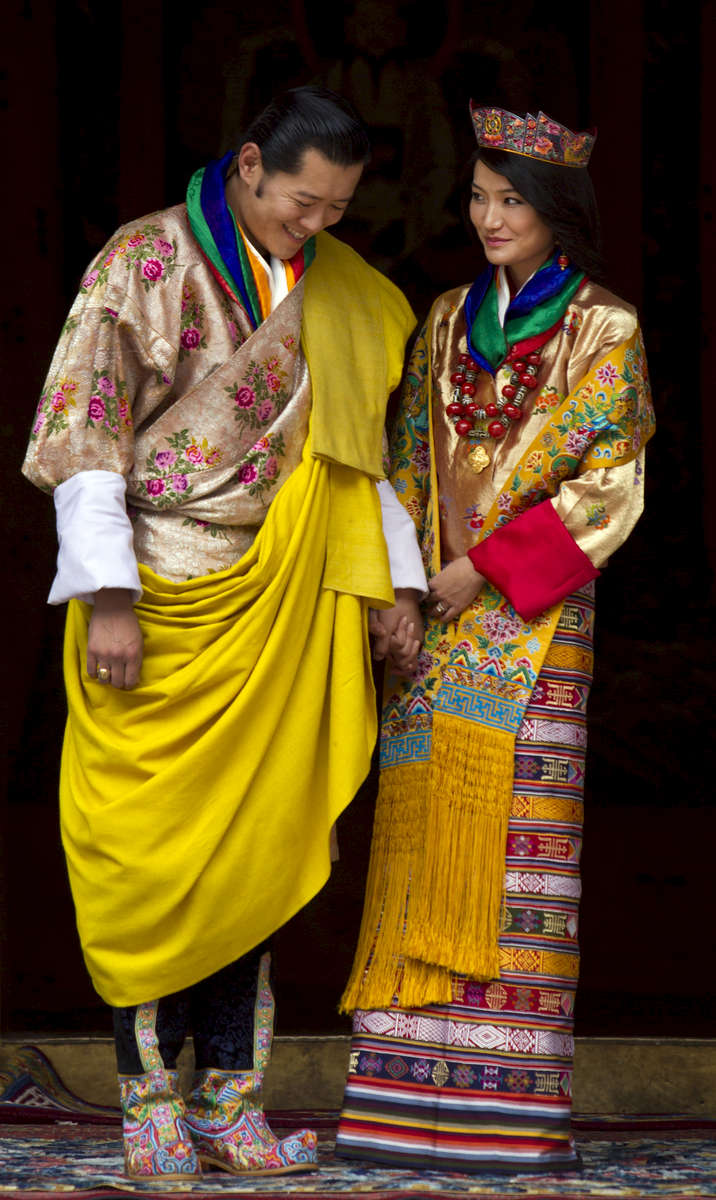 
PUNAKHA, BHUTAN - OCTOBER 13: His majesty King Jigme Khesar Namgyel Wangchuck, 31 and the Queen Jetsun Pema, 21, walk out after their marriage ceremony is completed on October 13, 2011 in Punakha, Bhutan. The Dzong is the same venue that hosted the King's historic coronation ceremony in 2008. The Oxford-educated king is popular in the country and the ceremony will be followed by celebration in the capital and countryside. (Photo by Paula Bronstein/Getty Images)