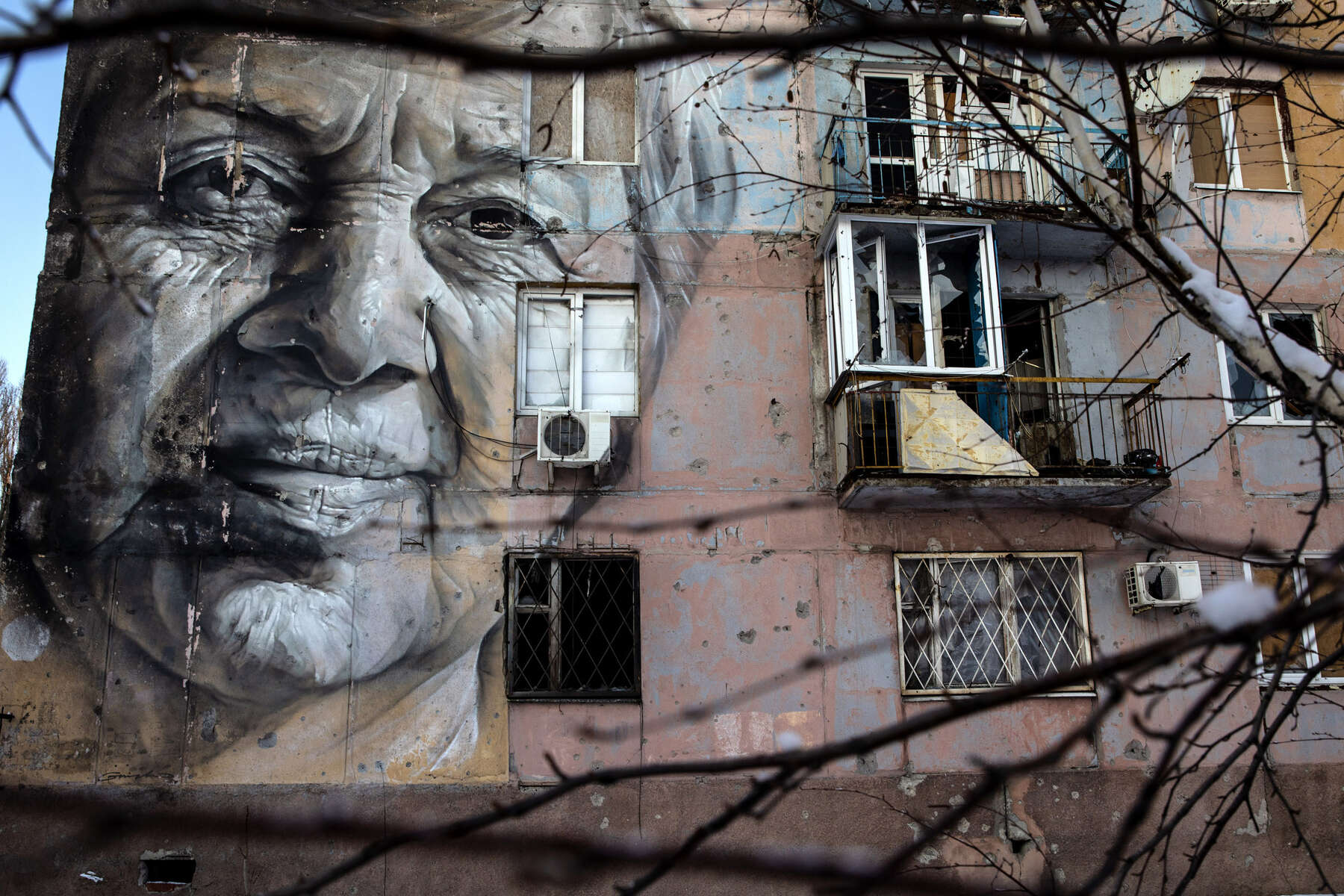 
Avdiivka : A portrait of an elderly woman named Marina Marchenko who was a teacher, painted by an Australian artist is seen on a war torn building, abandoned in Avdiivka.

After more than six years of war the armed conflict in eastern Ukraine has a human toll that is staggering. Some 200,000 people live under constant fear of shelling every day, with nearly a third of the 3.4 million people in need of humanitarian assistance over 60 years of age. Ukraine has the highest proportion of elderly affected by war in the world.BANGKOK - MARCH : in Taipei, Taiwan on March 19, 2020. According to CDC current totals the Coronavirus ( COVID-19) has now effected 235,939 globally, killing 9,874. It has spread to 157 countries. (Photo by Paula Bronstein/Getty Images )