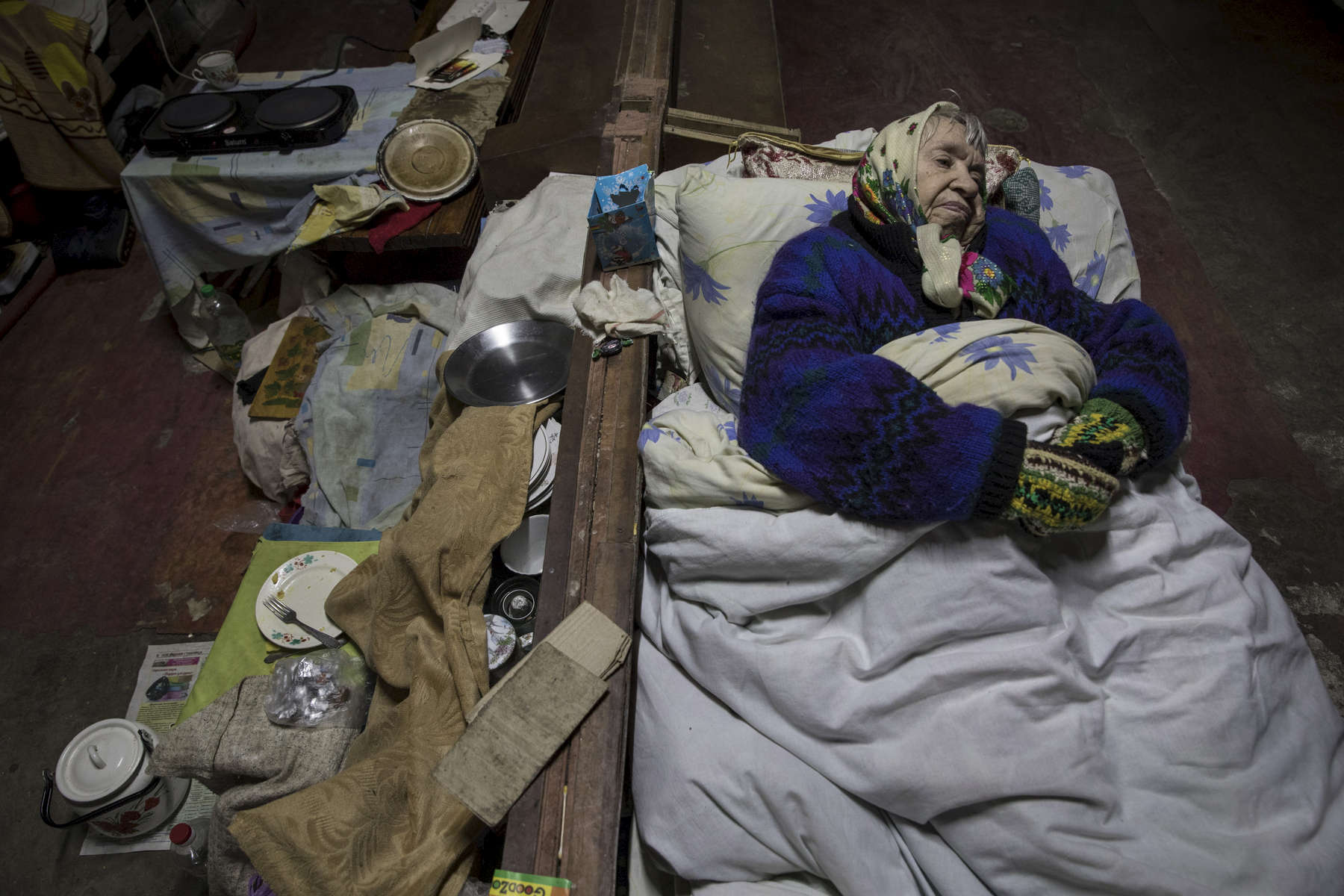 Mariya Ivanovna, age 85 has been living in a bomb shelter for 4 years. Her pension is the only source of income for the whole family. She has suffered two strokes. “I remember the WW2. There is no difference between these two wars. Back then we had nothing to eat and nowhere to hide.”“It's very difficult to call an ambulance. They don't come because of the shelling.”