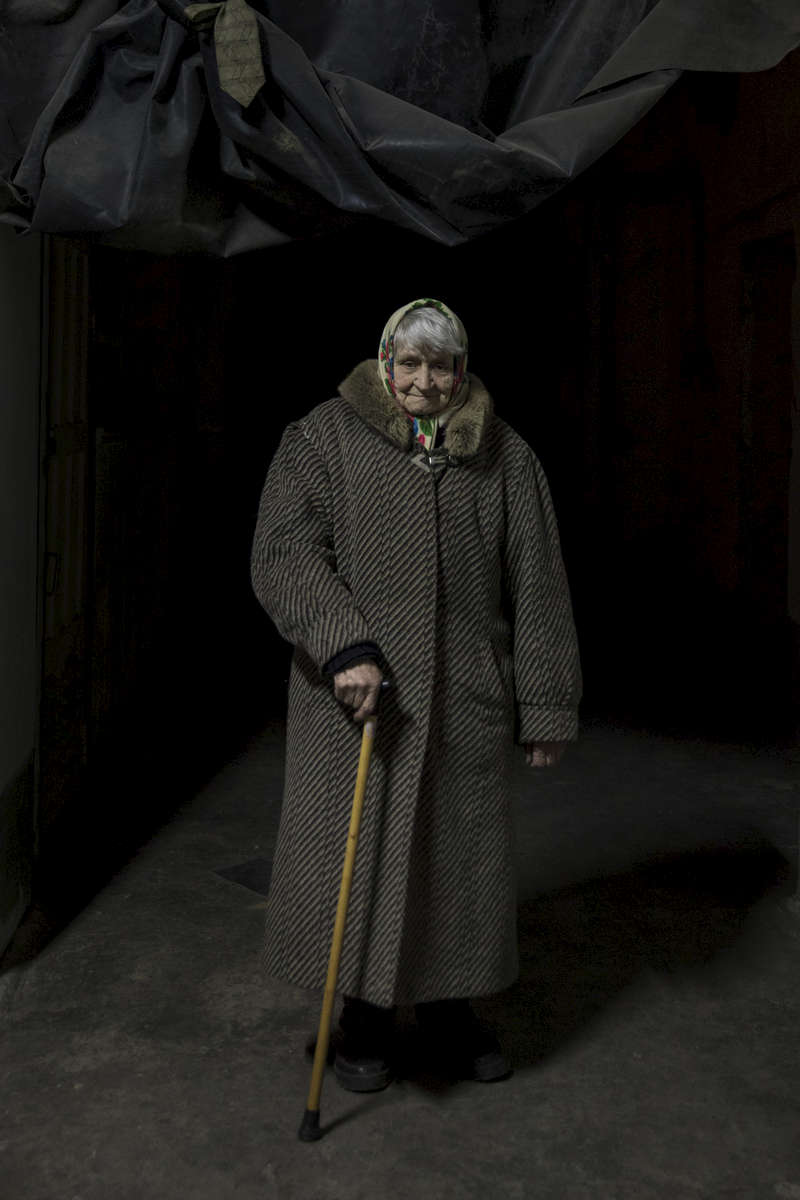 Vera Alekseyevna, age 78 is without any real family support after she lost her son and her husband last year, she has been living in the bomb shelter since 2014. Her heath has deteriorated with high blood pressure and a weak heart. Her house is close to the contact line and she is afraid to stay in her apartment on the 5th floor.“I am afraid that I need to run from the fifth floor if the shelling starts.”

“If there is no shelling, I run home to take a shower.”

“It would be much easier if I received both Ukrainian and DPR pension. But I receive only local one.” She gets 3000 rubles a month.

Petrovsky district of Donetsk: The bunker ( bomb shelter) houses on average 6-8 people, mostly elderly women who say they can't go back to their homes as the contact line lays just few kilometers away from the bomb shelter that used to belong to an old coal mine. In 2014, there were 300 people living there during the height of the war.