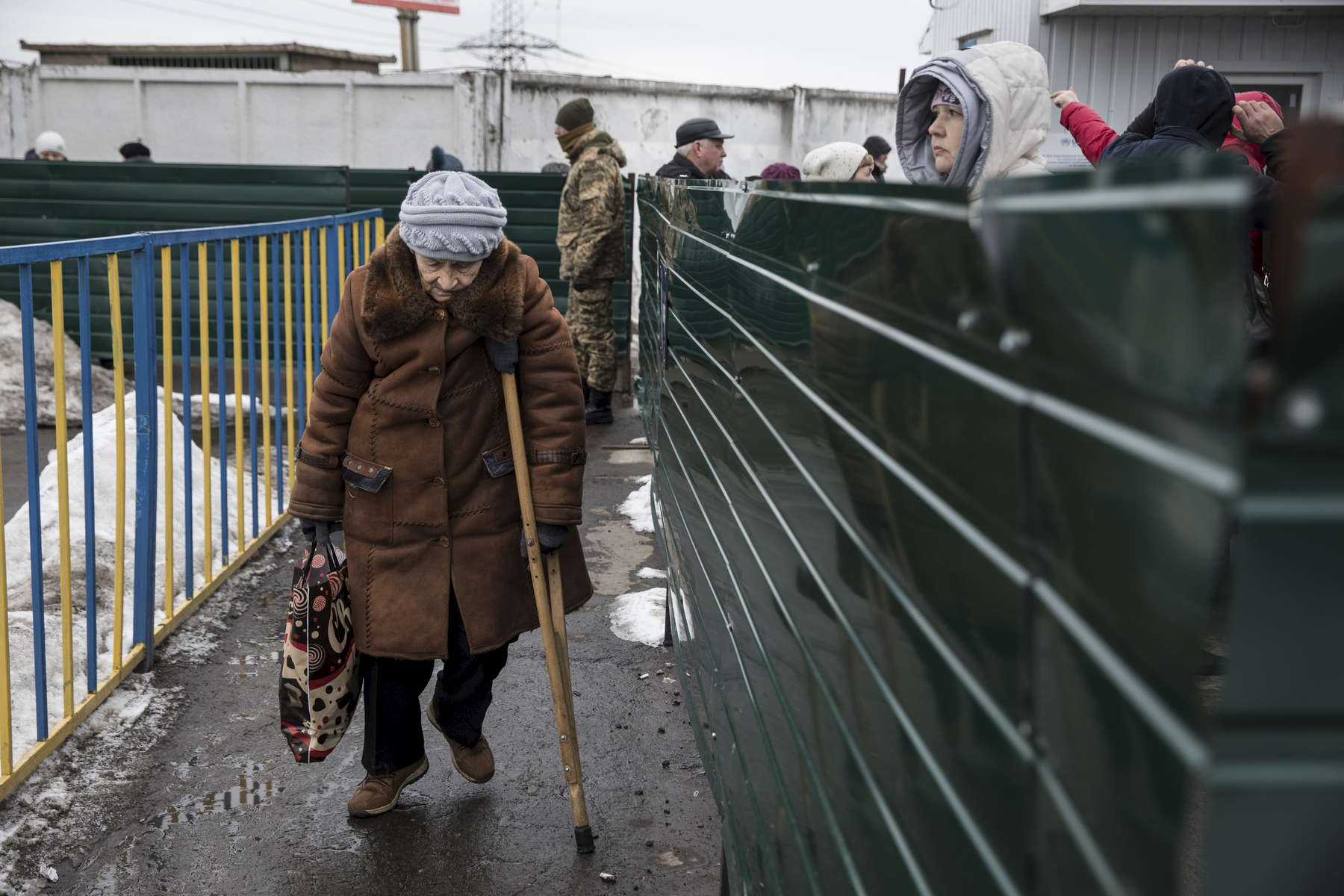 Mayorsk, Eastern Ukraine : An elderly handicapped woman slowly makes her way along the border crossing to Donetsk , People's Republic (DPR) after making the exhausting journey to get her pension in Eastern Ukraine.