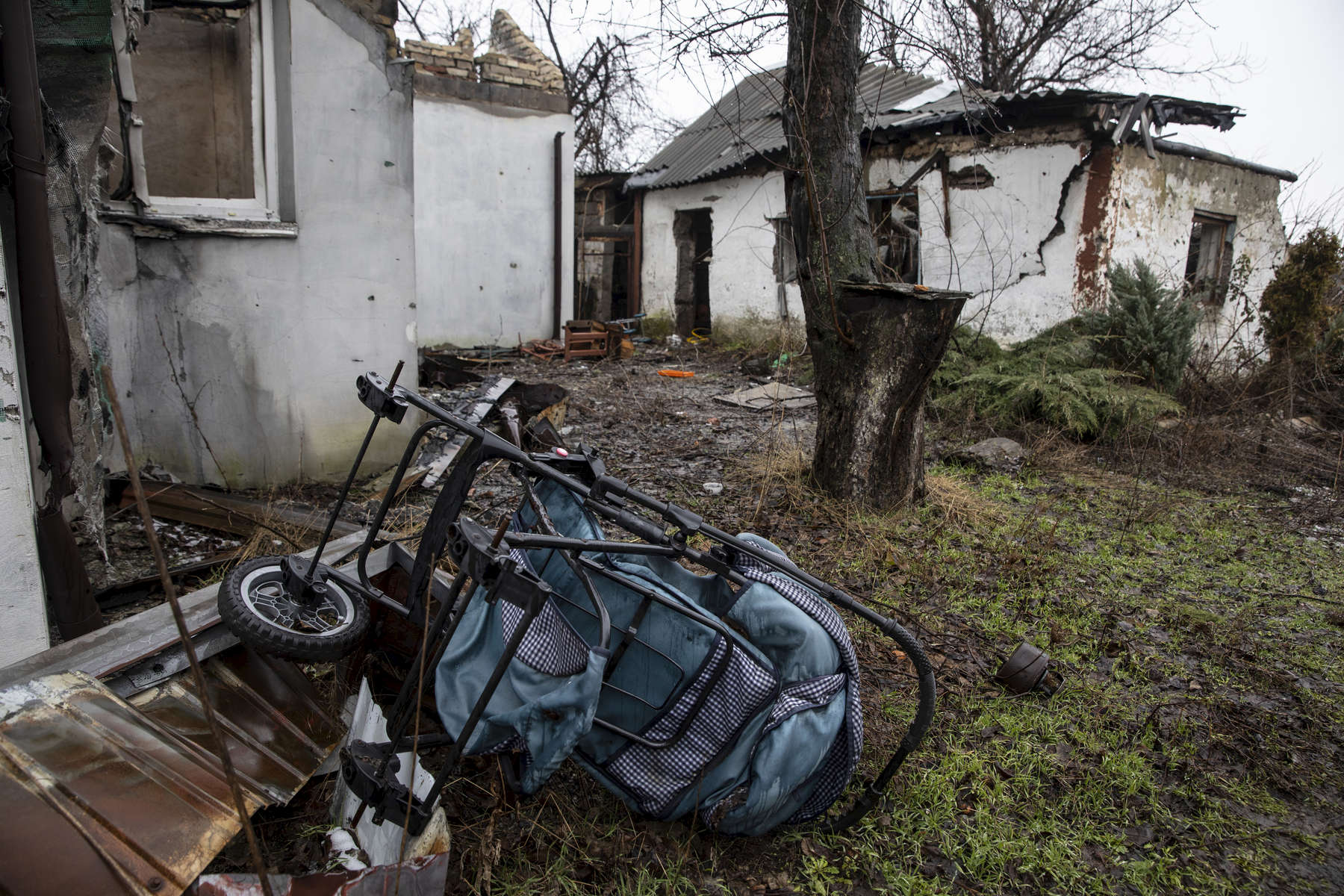 Opytne, Eastern Ukraine: Abandoned, destroyed homes are seen in Opytne a village too close to the front line of the war.