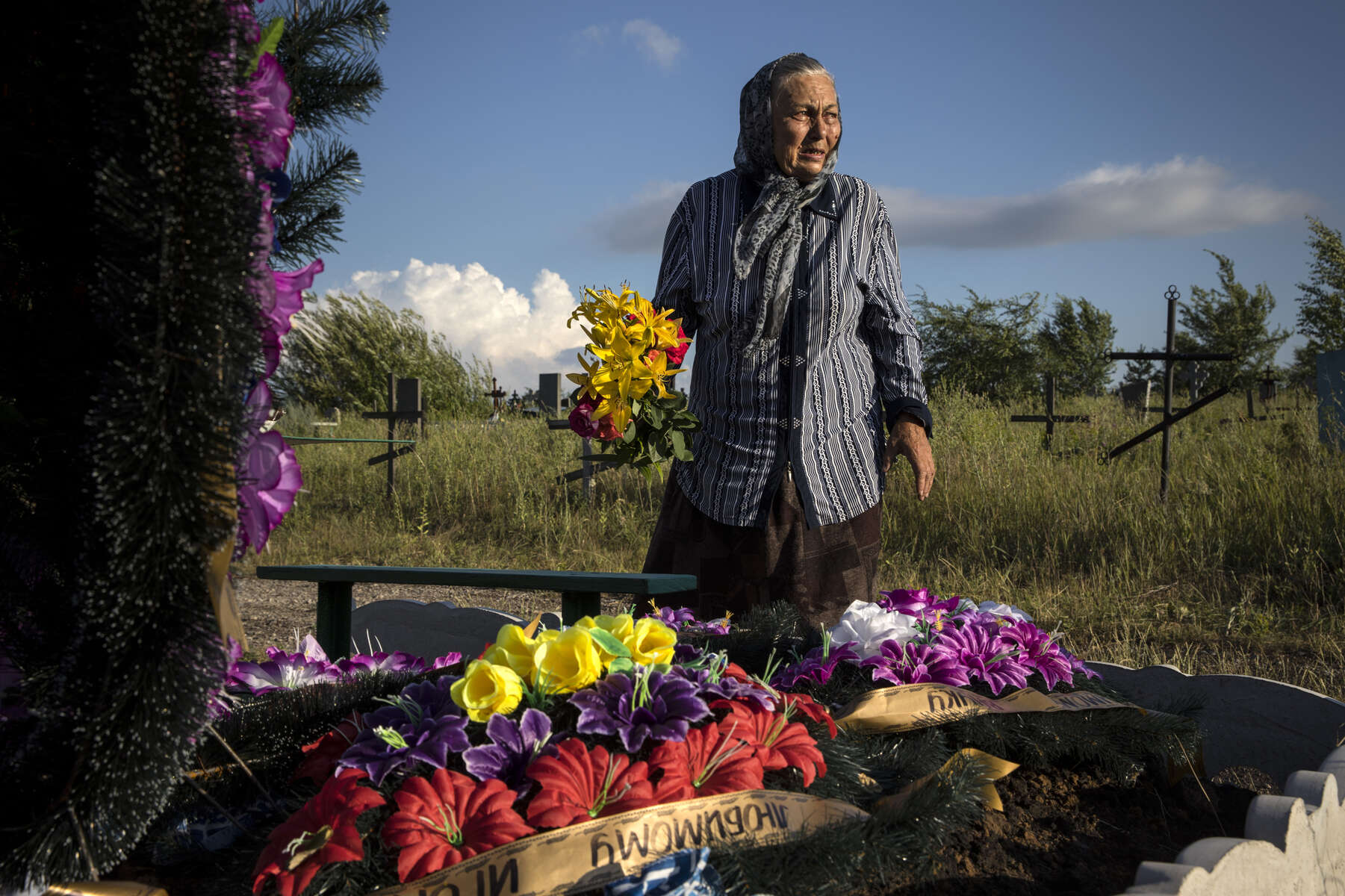 Avdiivka: Nadezhda Iosipovna, age 75, mourns the loss of her grandson who died recently as she visits his grave. Nadezhda also suffered the loss of other men in her family including her husband who died of cancer. Her daughter lives on the other side of the contact line in Donetsk city - stronghold of pro-Russia separatists so she rarely gets to see her and live alone in war-torn Avdiivka.