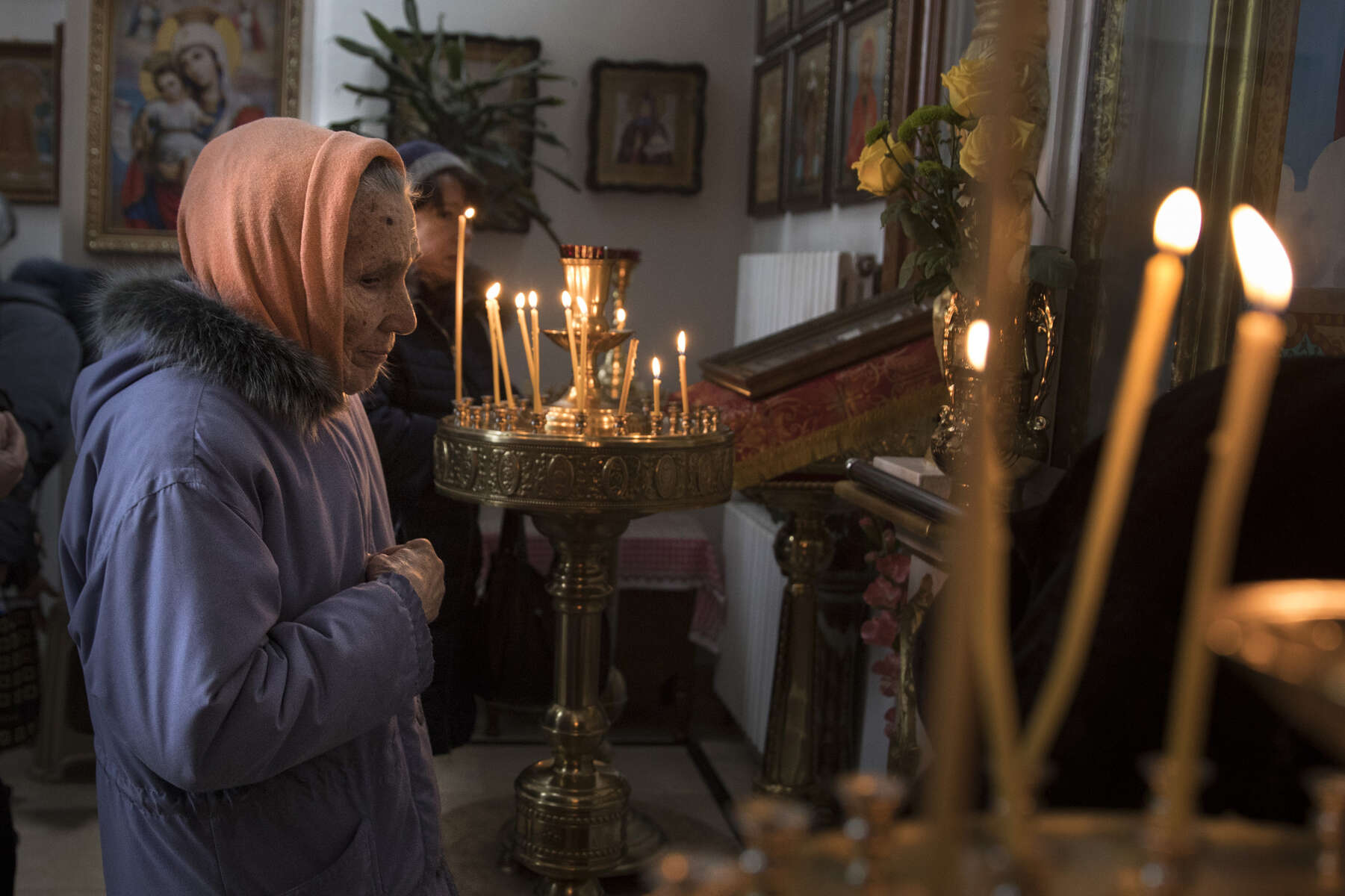 A woman lights candles during a Sunday service at a church in Donetsk.