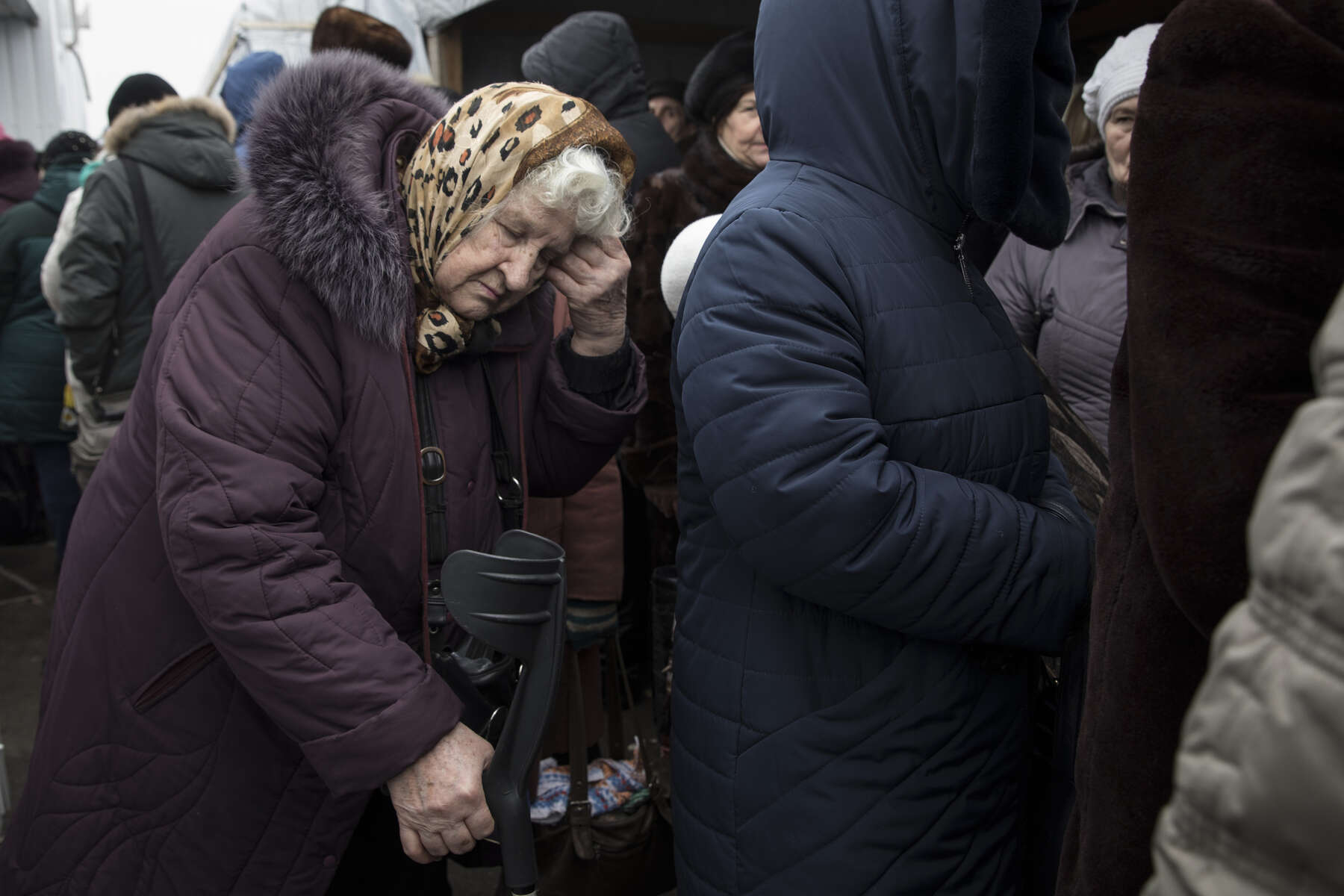 Mayorsk, Eastern Ukraine: An elderly woman is exhausted after waiting in line for hours in the cold to cross the border from Donetsk to the government-controlled territory of Ukraine in order to collect her pension.