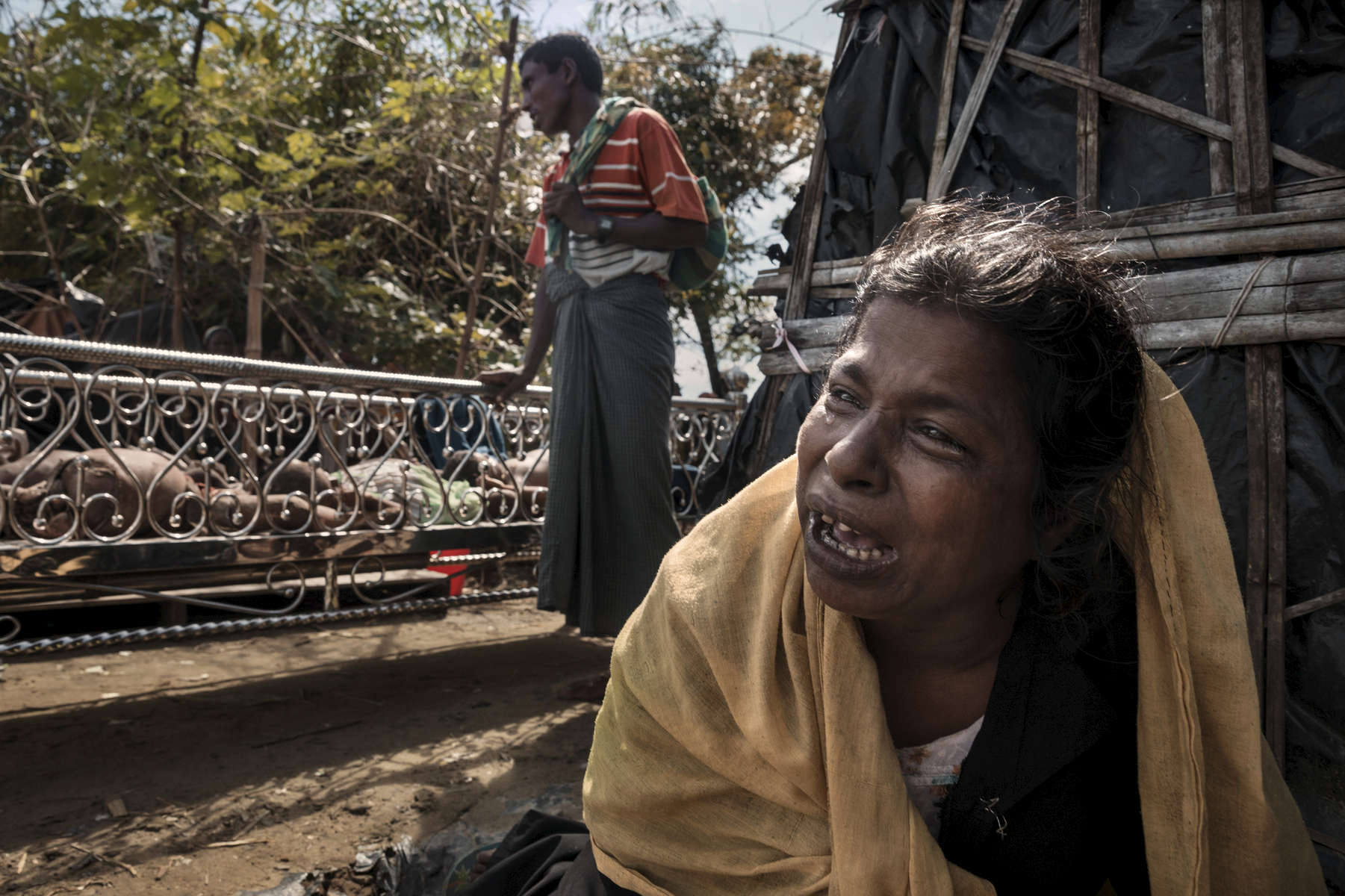 
SHAH PORIR DWIP ISLAND, BANGLADESH - OCTOBER 9: Madia Khatun, a relative, grieves next to the bodies of 5 children, after an overcrowded boat carrying Rohingya fleeing Myanmar capsized overnight killed around 12 people including five children on October 9, on Shah Porir Dwip Island, Cox's Bazar, Bangladesh. Around 35 people were on the boat and eight survived. Well over a half a million Rohingya refugees have fled into Bangladesh since late August during the outbreak of violence in Rakhine state causing a humanitarian crisis in the region with continued challenges for aid agencies.