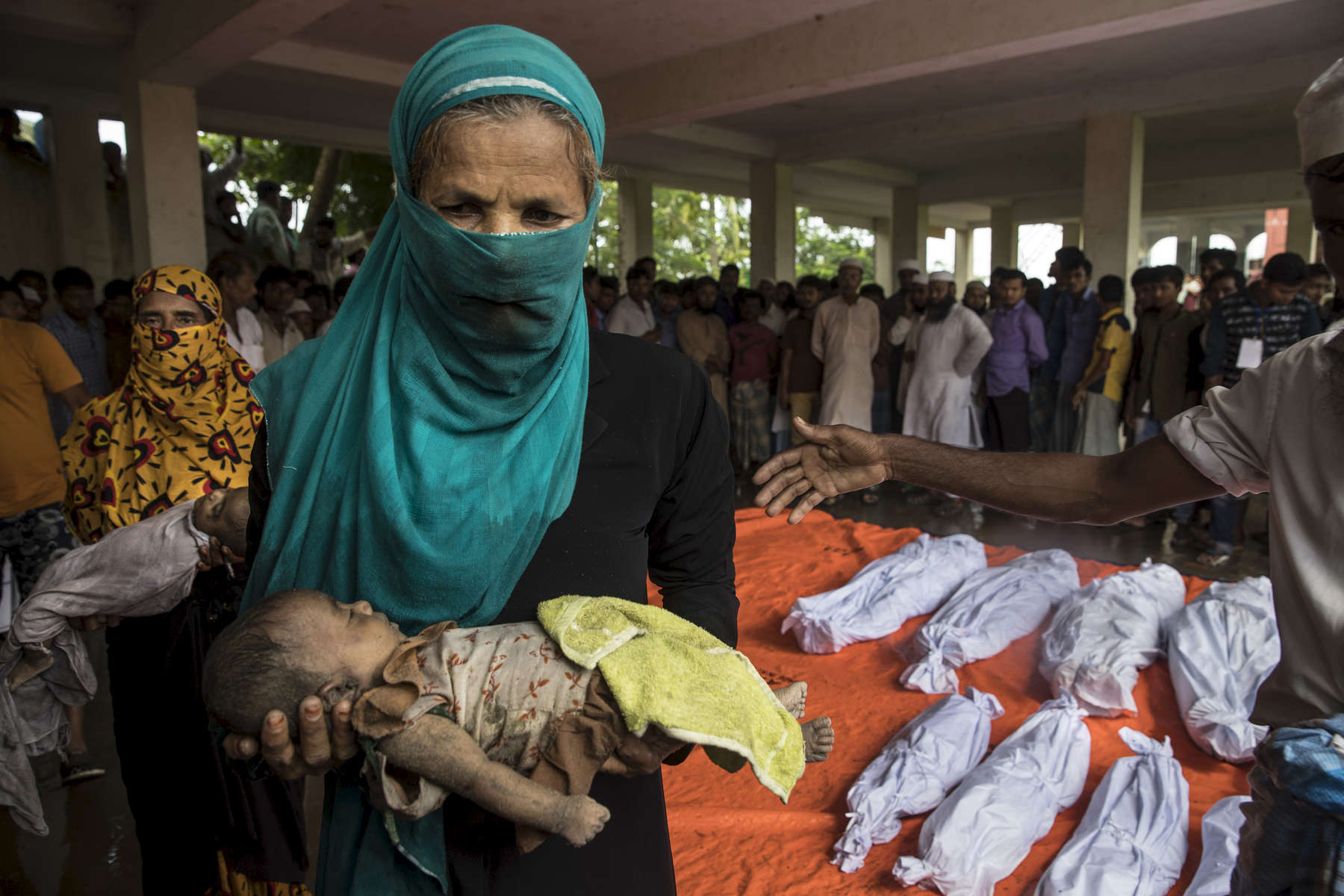 
INANI , BANGLADESH - SEPTEMBER 29: A woman carries the bodies of children to be washed in preparation for the funeral after a boat sunk in rough seas off the coast of Bangladesh carrying over 100 people September 29 in Inani , Bangladesh. Seventeen survivors were found along with the bodies of 20 women and children with over 50 missing. The refugee emergency unfolded in late August after an attack on state security forces by Rohingya insurgents, triggering a brutal military crackdown that has forced more than half of the country’s 1.1 million population fleeing to neighboring Bangladesh creating the fastest cross-border exodus ever witnessed with over 655,000 new arrivals.