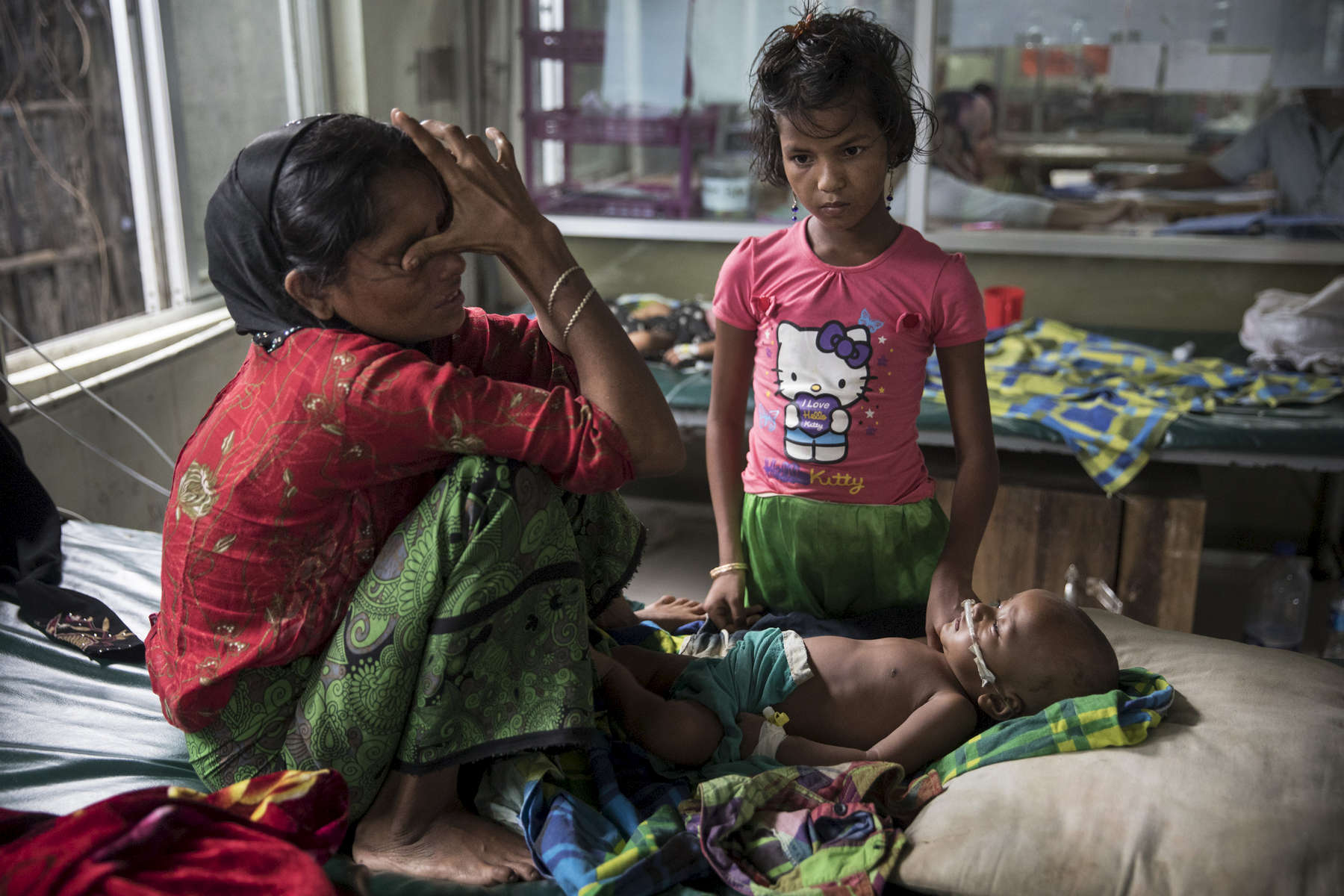 
KUTUPALONG, BANGLADESH - OCTOBER 3: Halima Khatu cries worried about her son, Mohammed Harez, 8 months, suffering from acute pneumonia in the pediatric - neonatal unit at the Kutupalong MSF clinic on October 3, Kutupalong, Cox's Bazar, Bangladesh. Doctors Without Borders/Médecins Sans Frontières (MSF) has been providing comprehensive basic healthcare services at their Kutupalong clinic since 2009. Due to the current Rohingya crisis the clinic has expanded it's inpatient capacity dealing with approximately 2,500 out patient treatments and around 1,000 emergency room per week. All healthcare services provided at the clinic are free of charge to both the Rohingya refugee population as well as local Bangladeshi patients. MSF has also set up a number of health posts, mobile clinics and water and sanitation services elsewhere in Cox‚Äôs Bazar to better respond to the influx. Well over a half a million Rohingya refugees have fled into Bangladesh since late August during the outbreak of violence in Rakhine state causing a humanitarian crisis in the region with continued challenges for aid agencies. (Photo by Paula Bronstein/Getty Images)