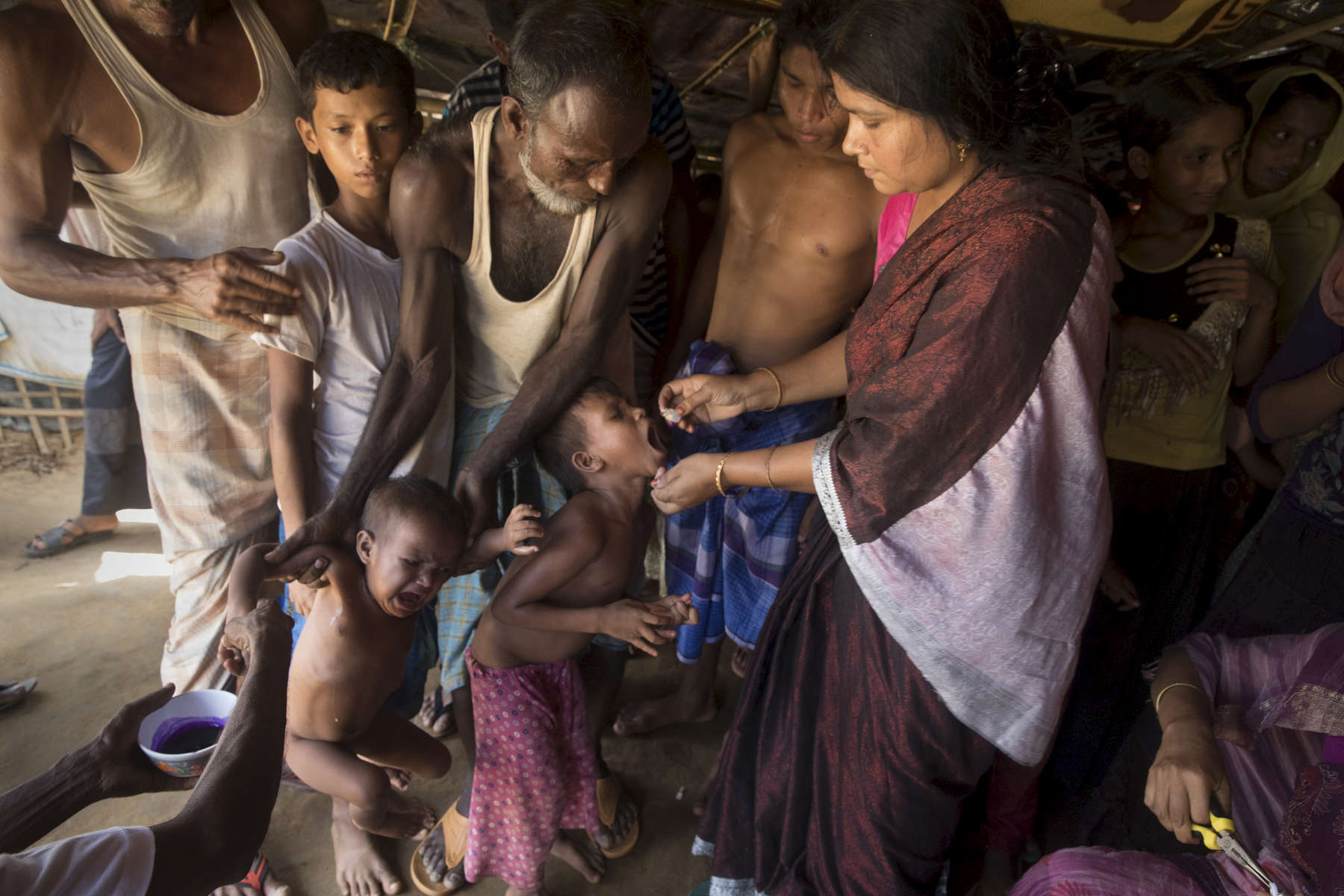 
THAINKHALI, BANGLADESH - OCTOBER 11: Vaccinators give the oral cholera vaccine to Rohingya October 11, in Thainkhali refugee camp Cox's Bazar, Bangladesh. A massive cholera immunization campaign started led by the Ministry of Health and supported by the World Health Organization (WHO) and UNICEF, to protect newly arrived Rohingya from cholera. Approximately 900 000 doses of the vaccine have been mobilized, delivered by more than 200 mobile vaccination teams, making it the second largest oral cholera vaccination campaign ever. Well over a half a million Rohingya refugees have fled into Bangladesh since late August during the outbreak of violence in Rakhine state causing a humanitarian crisis in the region with continued challenges for aid agencies. (Photo by Paula Bronstein/Getty Images)