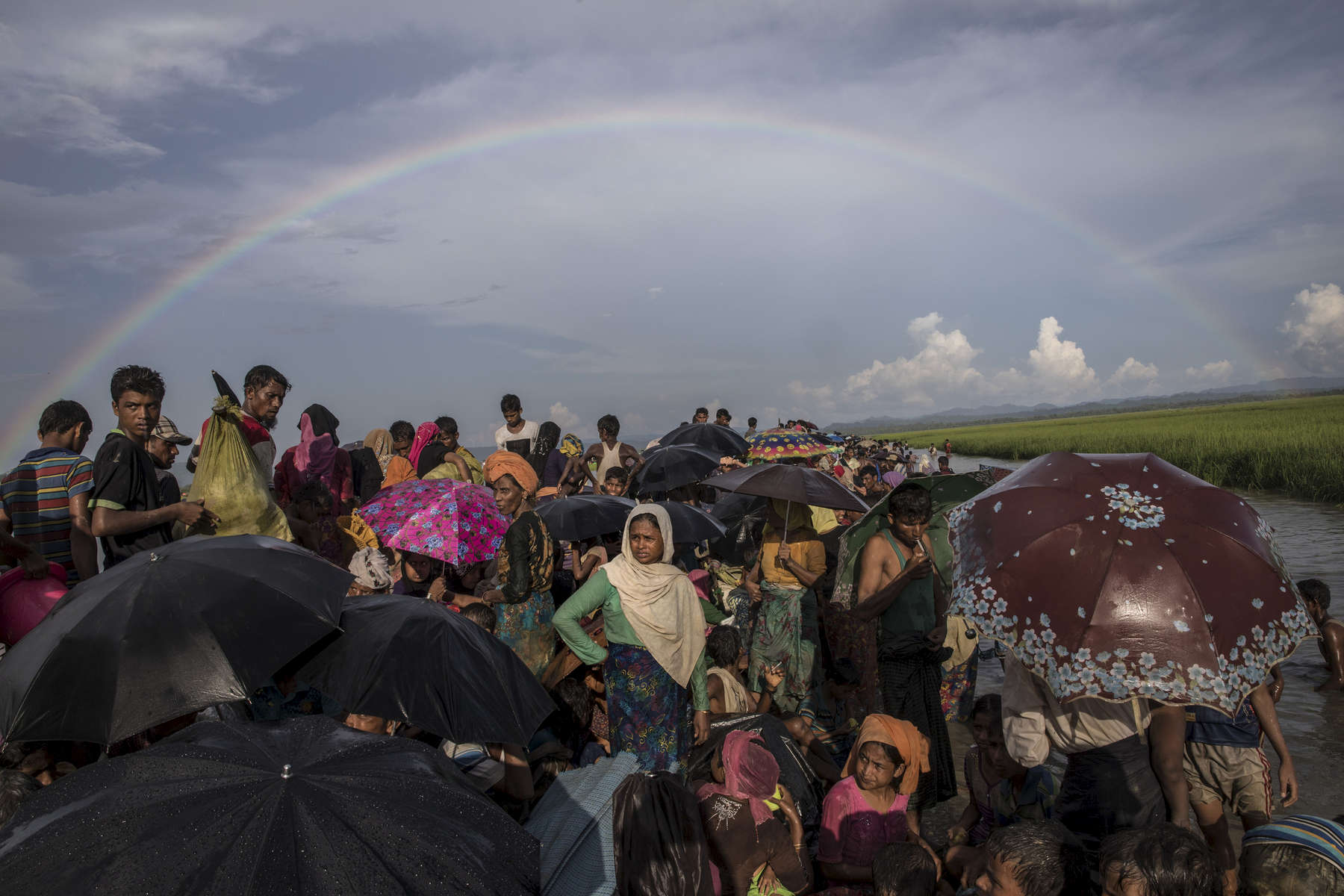 
PALONG KHALI, BANGLADESH - OCTOBER 16: Thousands of Rohingya refugees fleeing from Myanmar are kept under a tight security by Bangladeshi military after crossing the border in a rice patty field near Palang Khali, Cox's Bazar, Bangladesh. A rainbow appeared after a brief rainstorm. Well over a half a million Rohingya refugees have fled into Bangladesh since late August during the outbreak of violence in Rakhine state causing a humanitarian crisis in the region with continued challenges for aid agencies. (Photo by Paula Bronstein/Getty Images)