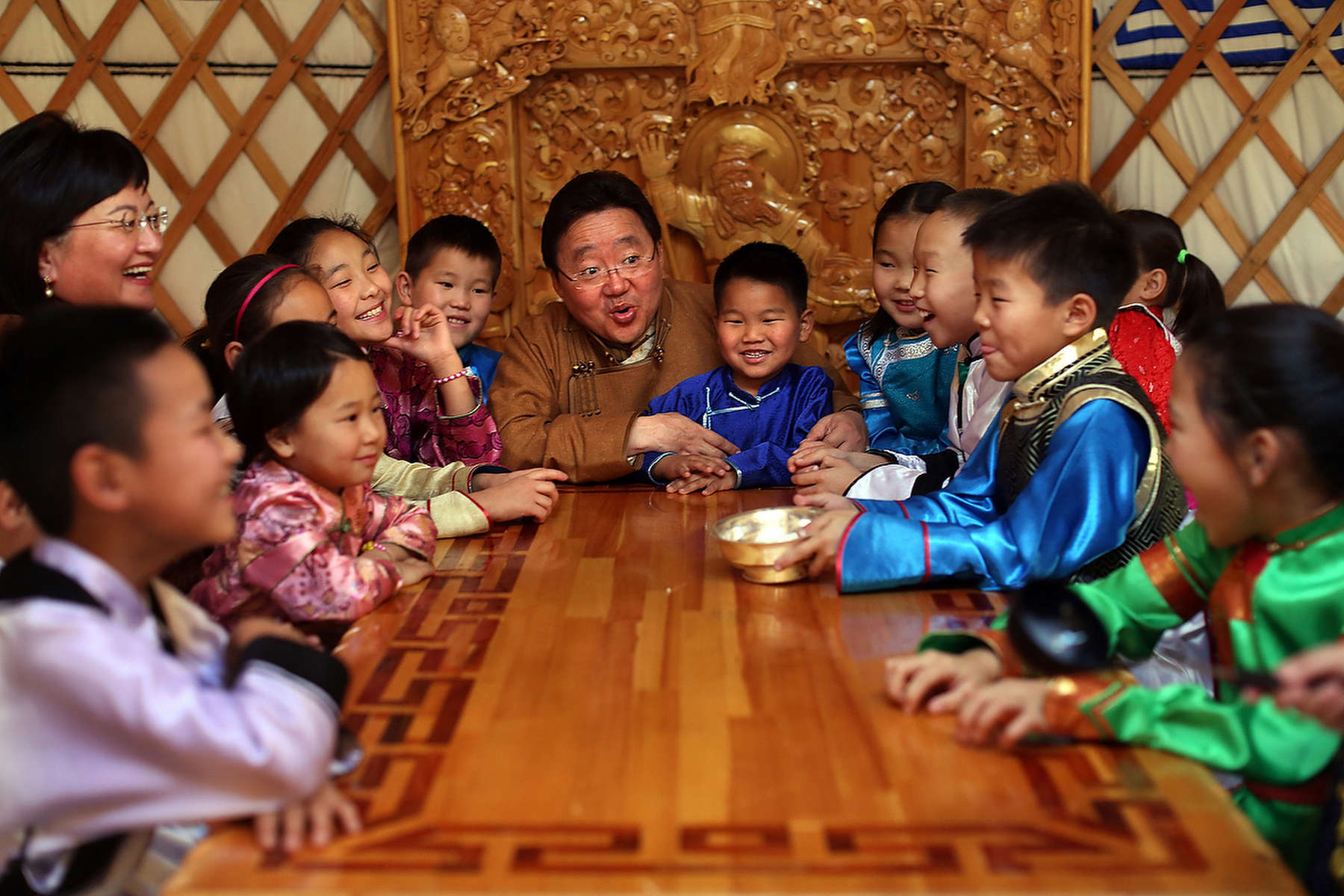 
ULAANBATAAR, MONGOLIA - OCTOBER 26: President Tsakhiagiin Elbegdorj and first lady, Bolormaa Khajidsuren (L) share laughs with their foster children while drinking milk tea inside a Ger at the presidential residence October 26, 2012 in Ulaanbataar, Mongolia. President Tsakhiagiin Elbegdorj was elected on May 25, 2009, he had previously served two terms as Prime Minister and held the positions of Deputy Speaker and Majority Leader in Parliament. The first lady, Bolormaa Khajidsuren is a mother of 4 children, and the extended Presidential family includes 20 foster children coming from a variety of government children's homes. Some 100 years ago, Mongolia gained independence from Qing China, and more than 20 years ago it removed itself from the Soviet Bloc. Since then, the country has been undergoing massive social, economic and political changes. The Oyu Tolgoi copper and gold mine is Mongolia’s biggest foreign investment project to date adding an estimated 35% value to the country’s GDP. Mongolia is a land of amazing contrasts and is the most sparsely populated country on earth with fewer than 3 million people. (Photo by Paula Bronstein/Getty Images)