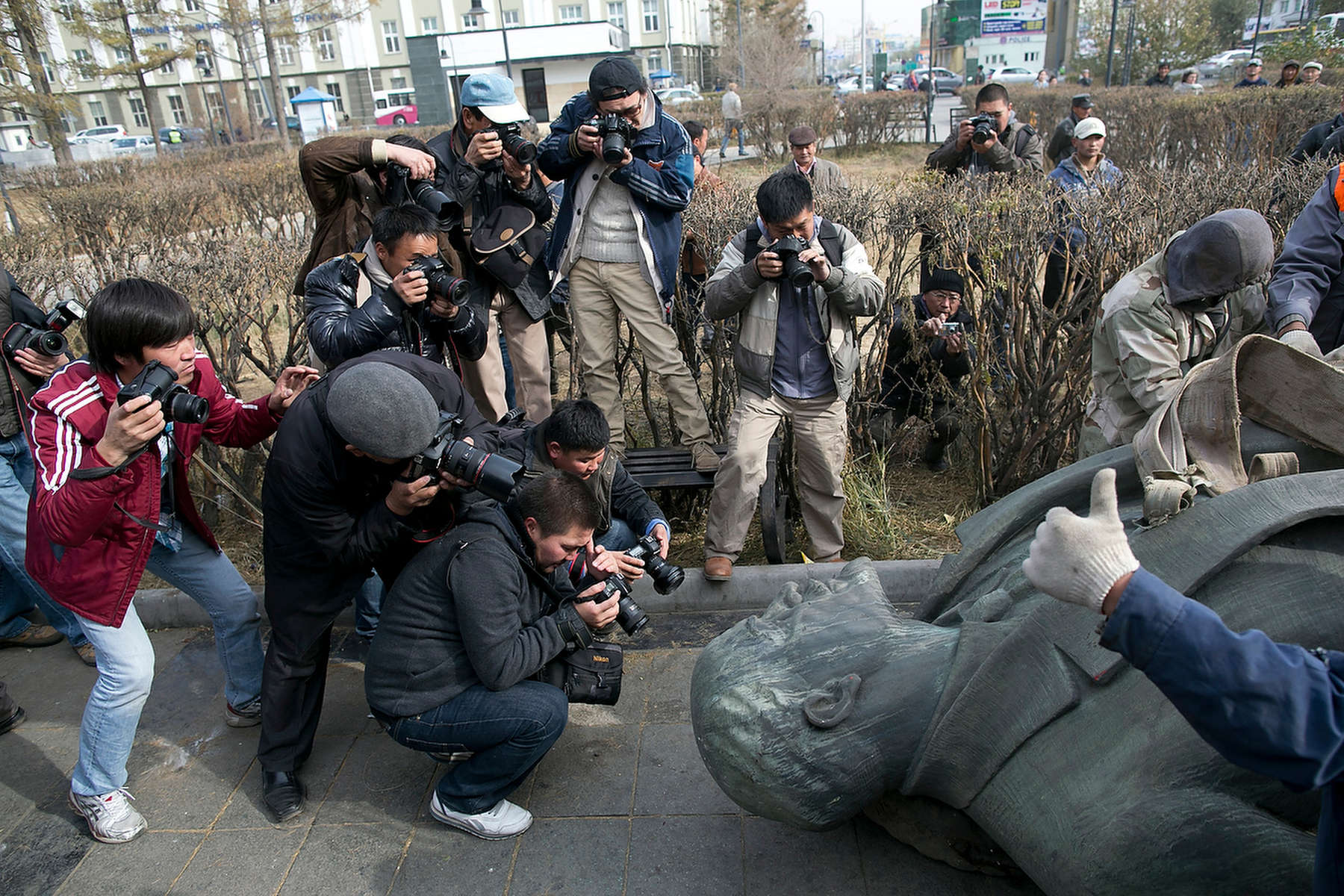 
ULAN BATOR, MONGOLIA - OCTOBER 14: Mongolian media capture the removal of the Vladimir Lenin bronze statue on October 14, 2012 in Ulan Bator, Mongolia. The Soviet era four meter high statue was neglected and a decision was made by the mayor of Ulan Bator, Bat Uul Erdene to have it removed because it represented the repression of the Soviet years. It was erected 58 years ago and will be sold starting at 400,000 tugrik or $287. (Photo by Paula Bronstein/Getty Images)