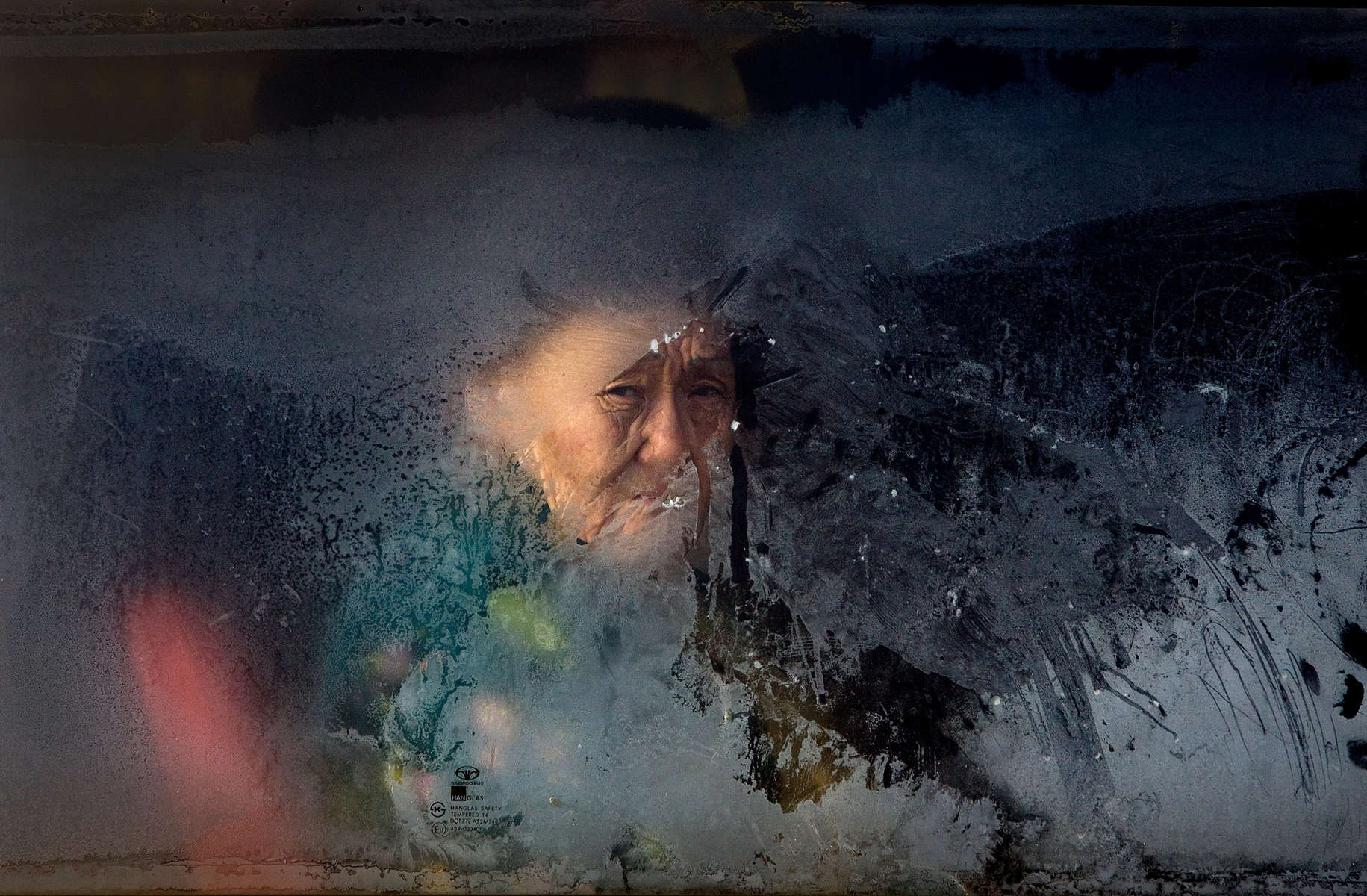 ULAAN BAATAR, MONGOLIA-MARCH 5 : A Mongolian elderly woman looks out from a frosty window riding on a city bus March 5, 2010 in Ulaan Baatar, Mongolia. Mongolia is still experiencing one of the worst Winters in 30 years. Presently the government has declared an emergency requiring foreign aid to alleviate the impact of the