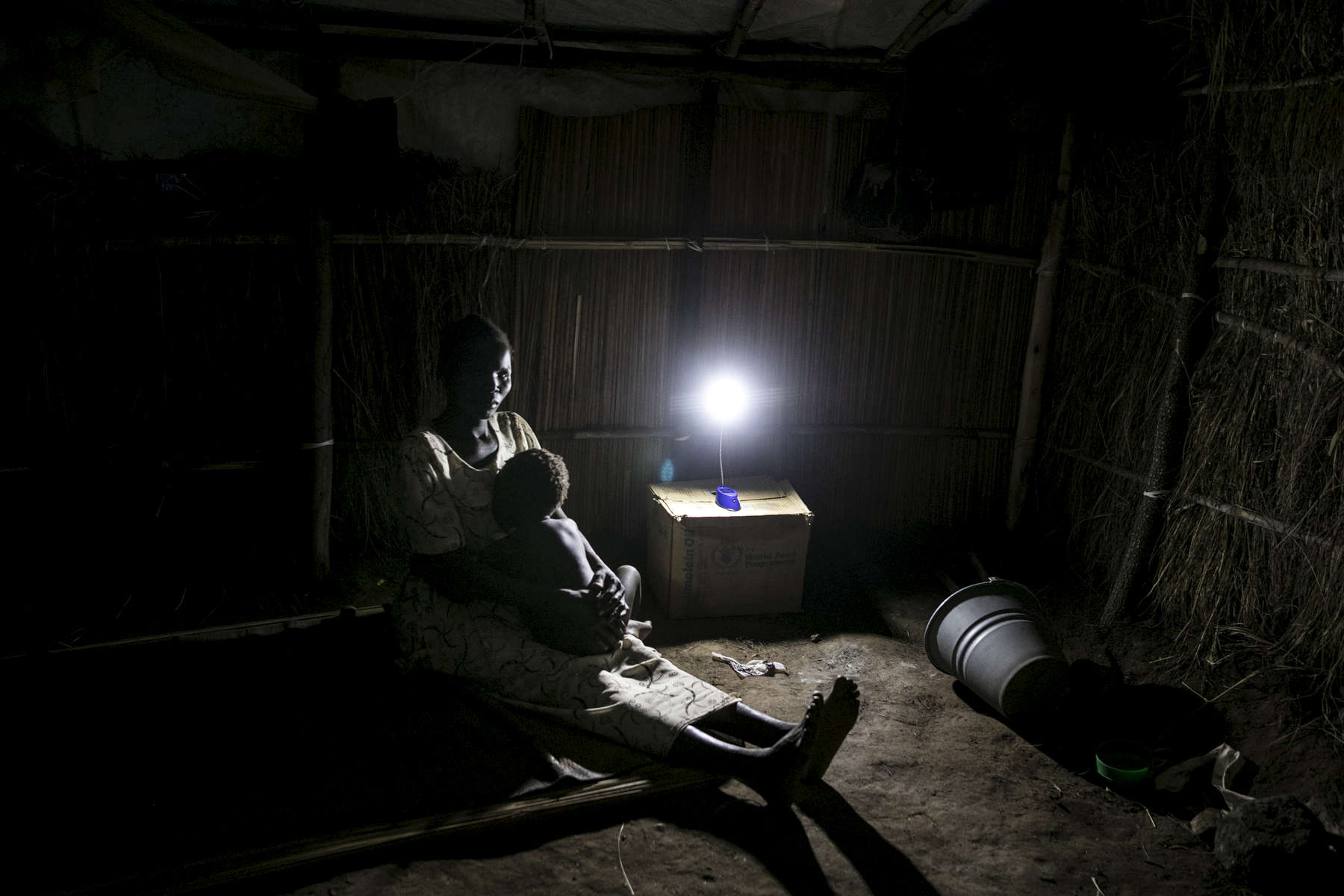 ADJUMANI DISTRICT-UGANDA: At the Pagarinya camp a mother holds her baby with a dim solar lamp which is the only light source given to the refugees.