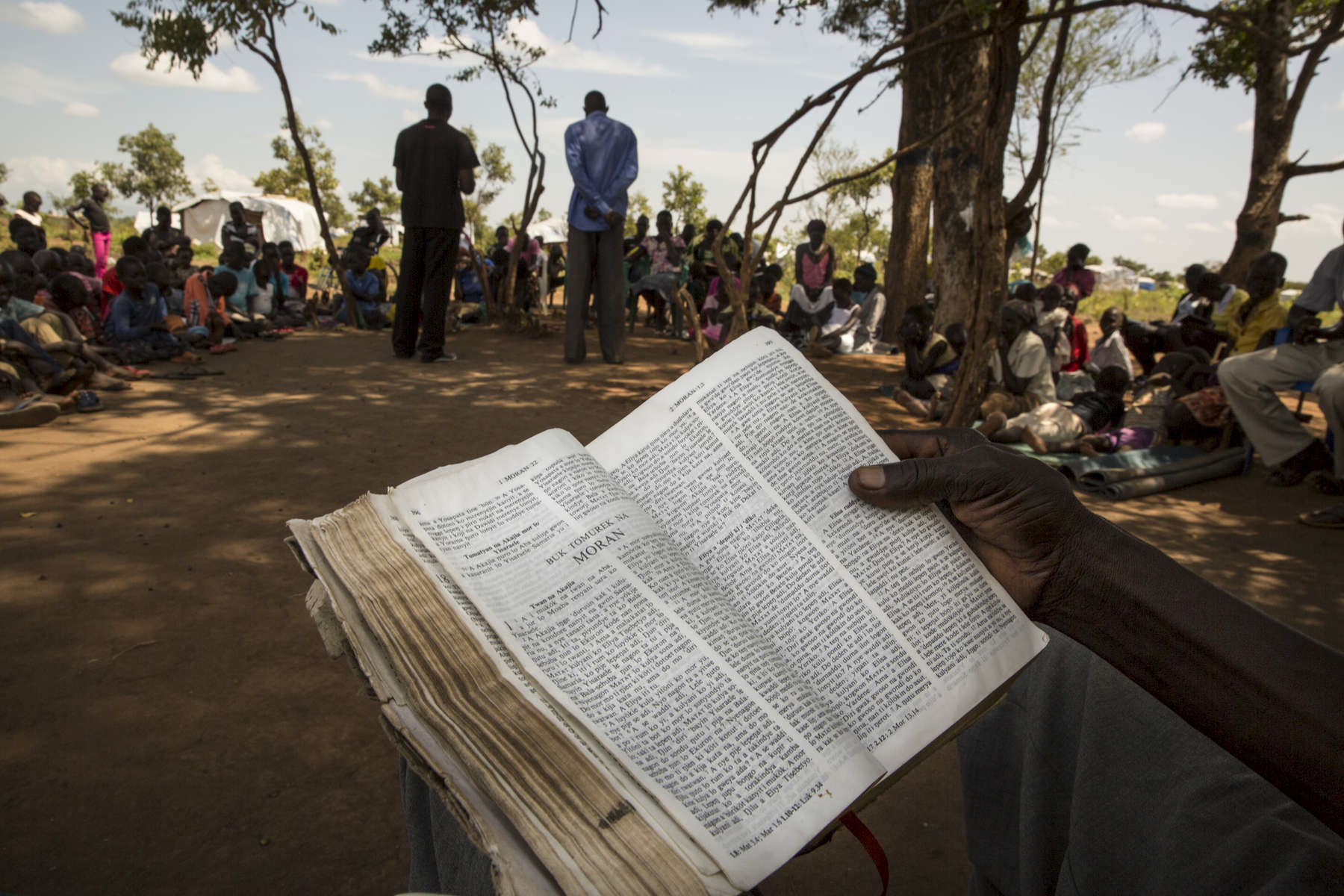 ADJUMANI DISTRICT-UGANDA: During a Catholic Sunday prayer service held under the shade of a tree, refugees sit and pray as priests deliver their sermon.The Onward Struggle: A refugee crisis in Uganda deepens as South Sudanese Refugees are forced to leave their country behind. The outbreak of violence in the capital Juba last July created a humanitarian crisis in northern Uganda as thousands of South Sudanese sought refugee there. The country is hosting the lion’s share of South Sudanese refugees, with 373,626, more than a third of them arriving since early July.