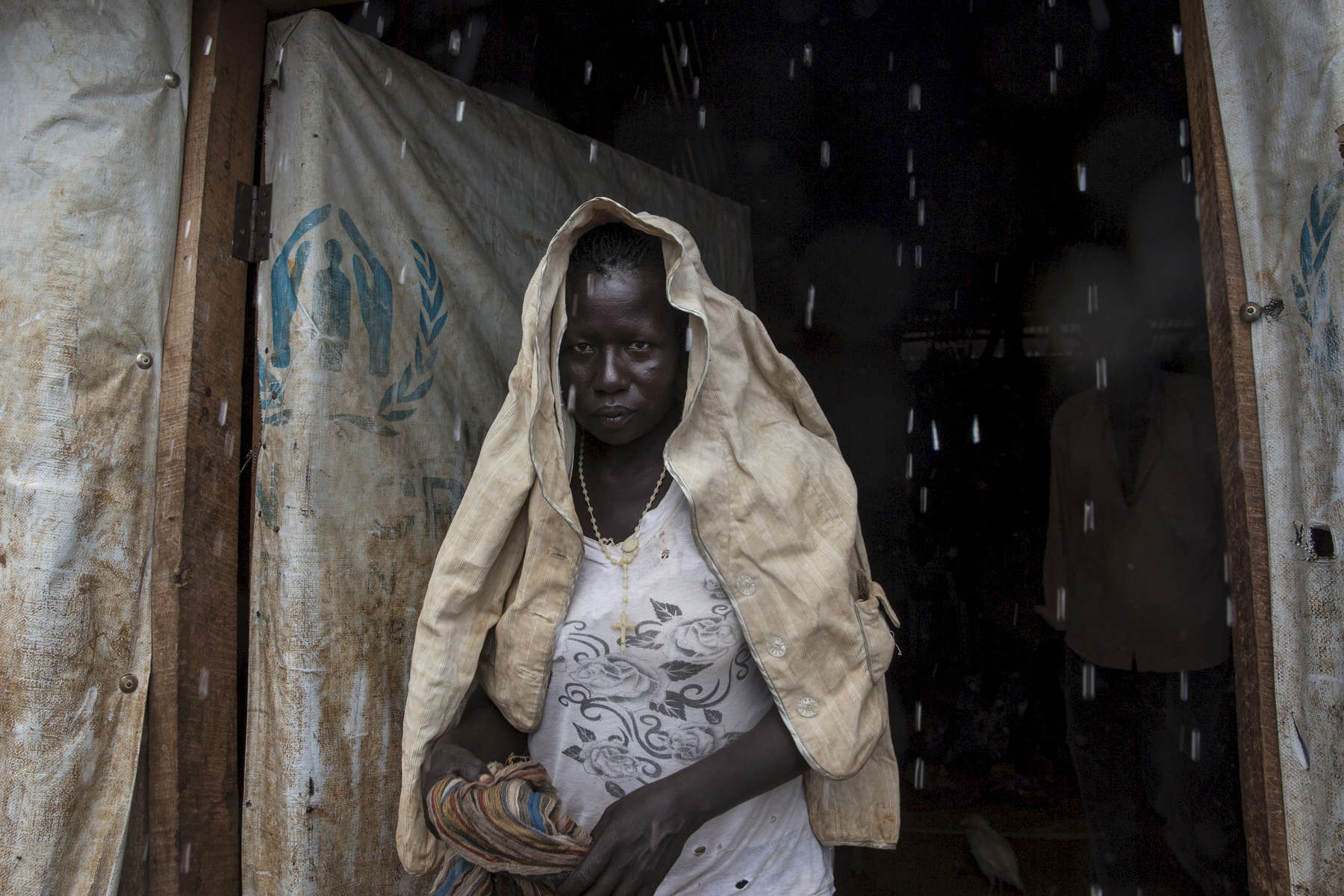 ADJUMANI DISTRICT-UGANDA: At the Nyumanzi transit camp a woman stands outside a large tent as the rains cause further problems for the refugees.