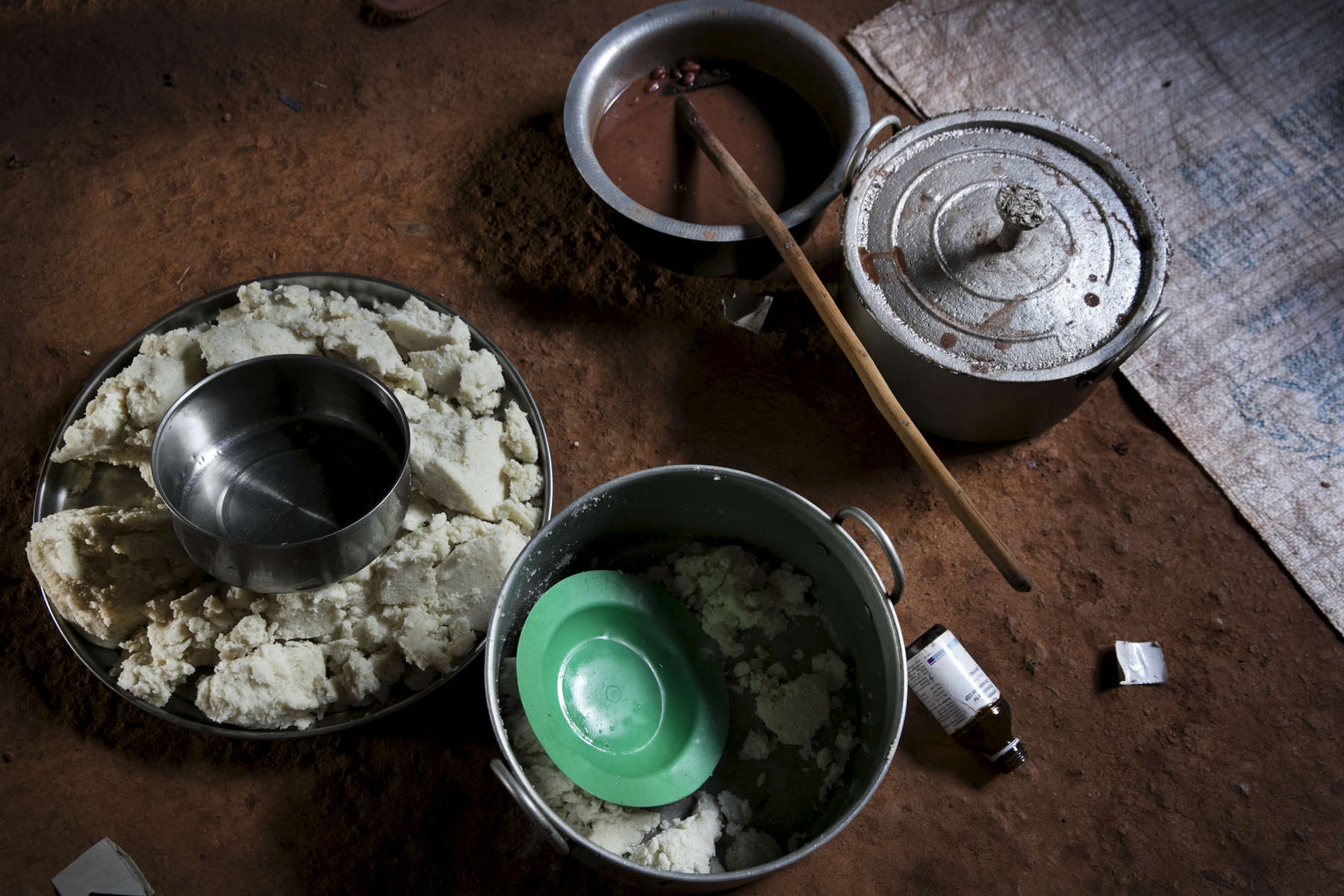 ADJUMANI DISTRICT-UGANDA: The daily hot meal at the Nyumanzi transit camp from World Food Program (WFP) consists of beans, and sorghum which is a corn and soy flour mixture.