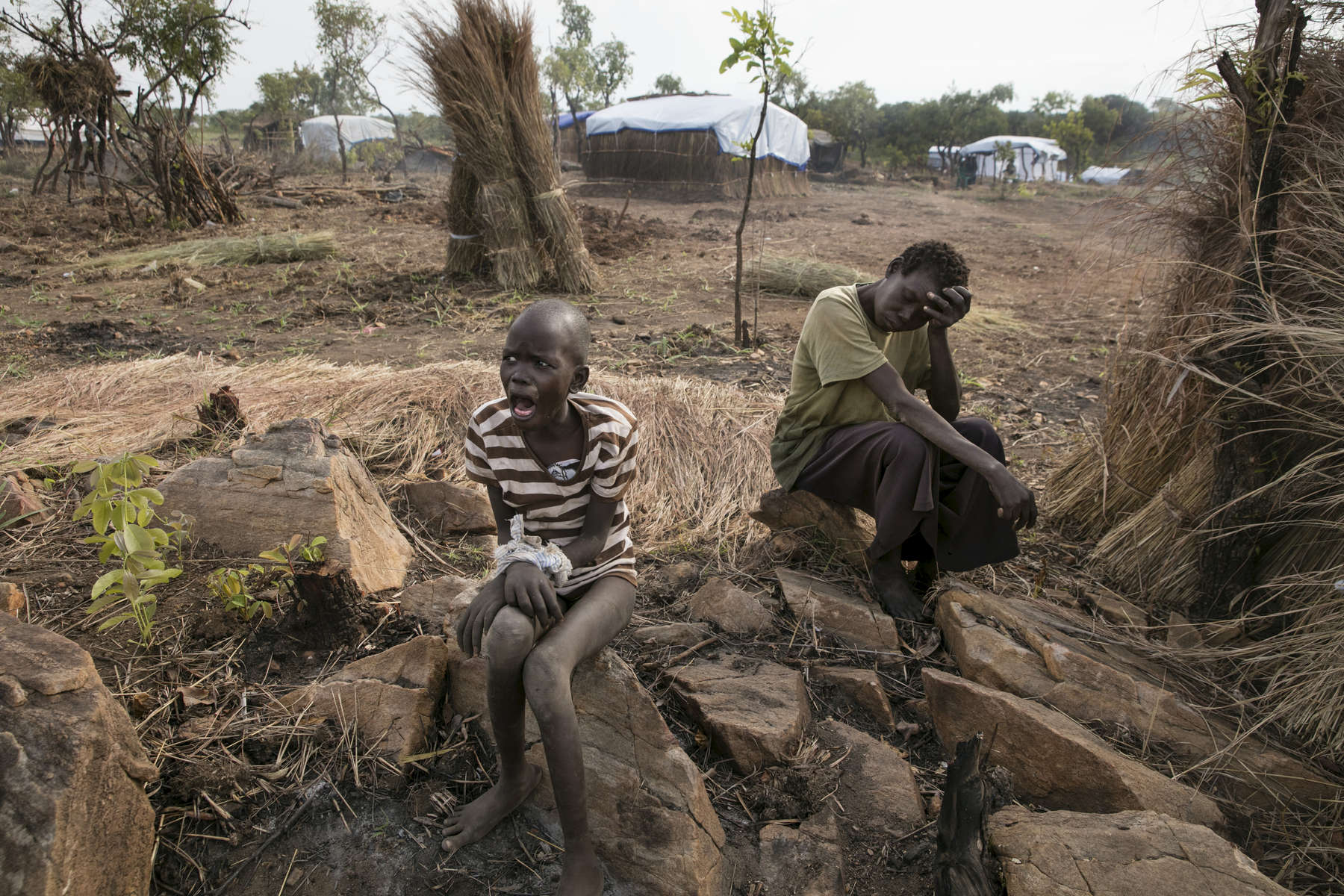 Sunday, 6 years old who is mentally handicapped cries as her mother Regina looks on helpless to provide any assistance. Her feet and hands are tied by her mother in order to control her behavior and to stop her bothering the other refugees. For the mentally handicapped life living in the refugee camp is a constant struggle to get proper medication, and wheelchair access.