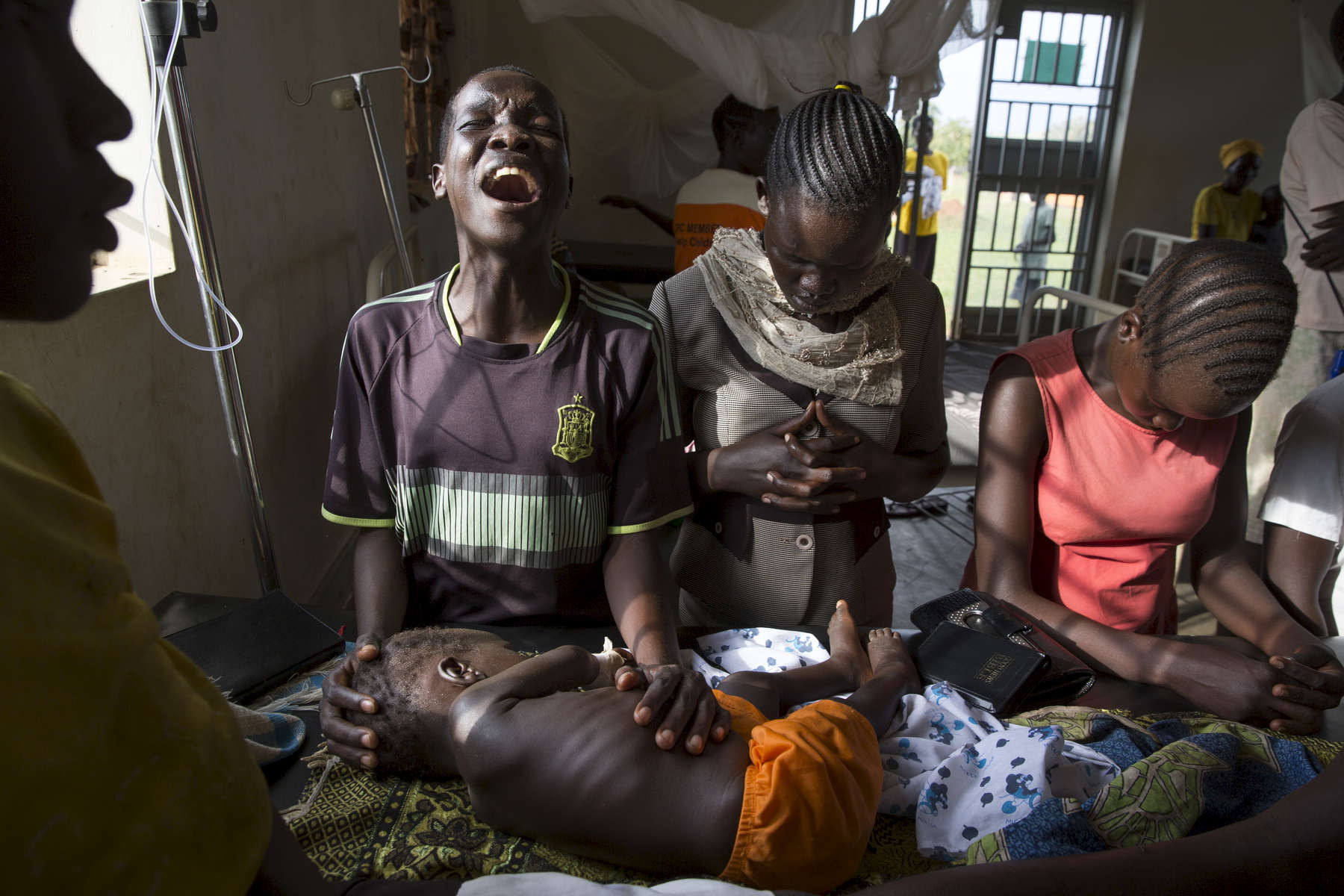 ADJUMANI DISTRICT-UGANDA: At the Nyumanzi medical clinic an evangelical religious group prays for a 5 year old boy with malaria attempting to chase thew demons away.