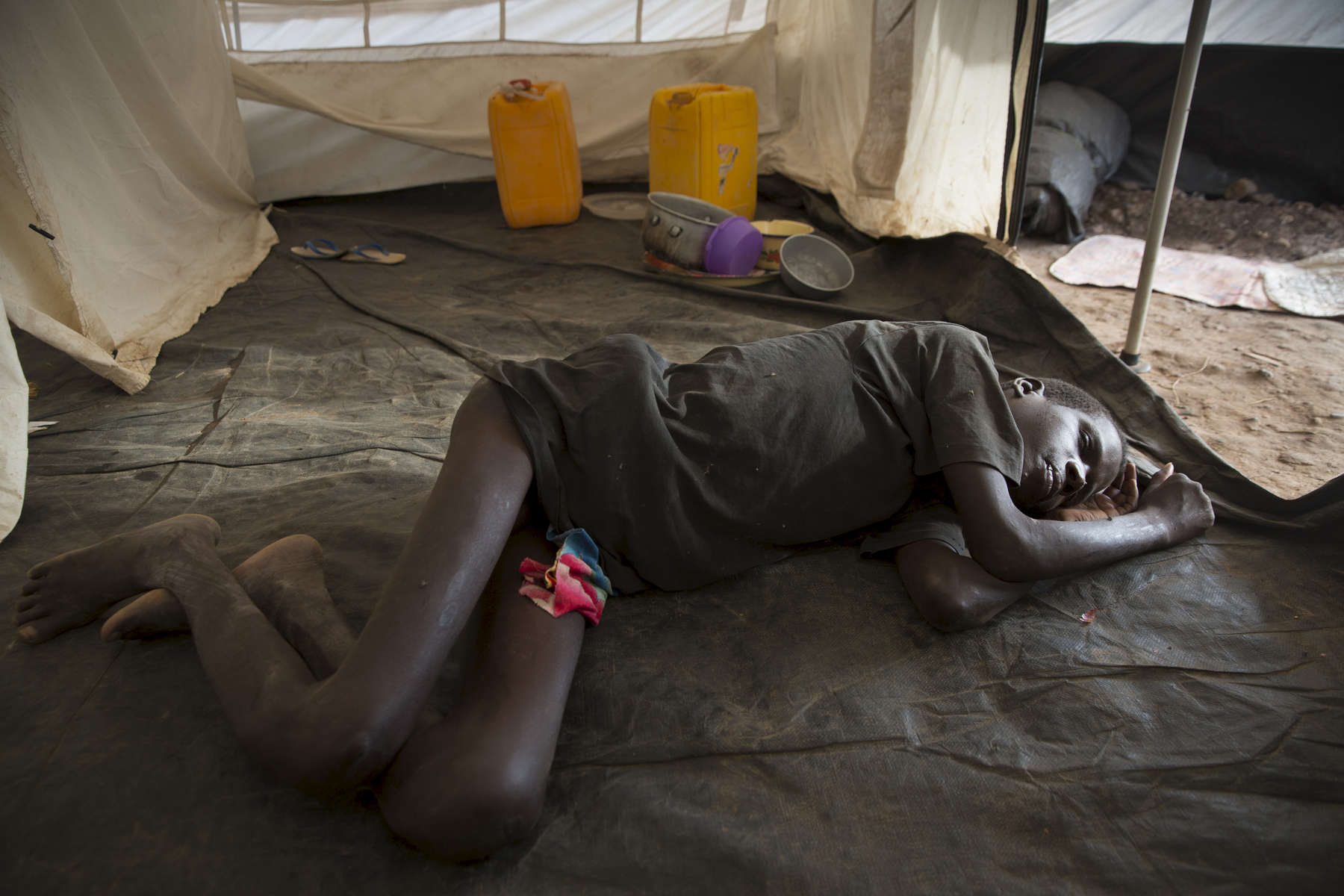 ADJUMANI DISTRICT-UGANDA: At the Pagarinya camp James Ite, 23, suffers from muscular dystrophy with no real access to any handicapped services he spends hours laying inside his tent escaping the hot sun.

For the mentally handicapped life living in the refugee camp is a constant struggle to get proper medication, and wheelchair access.