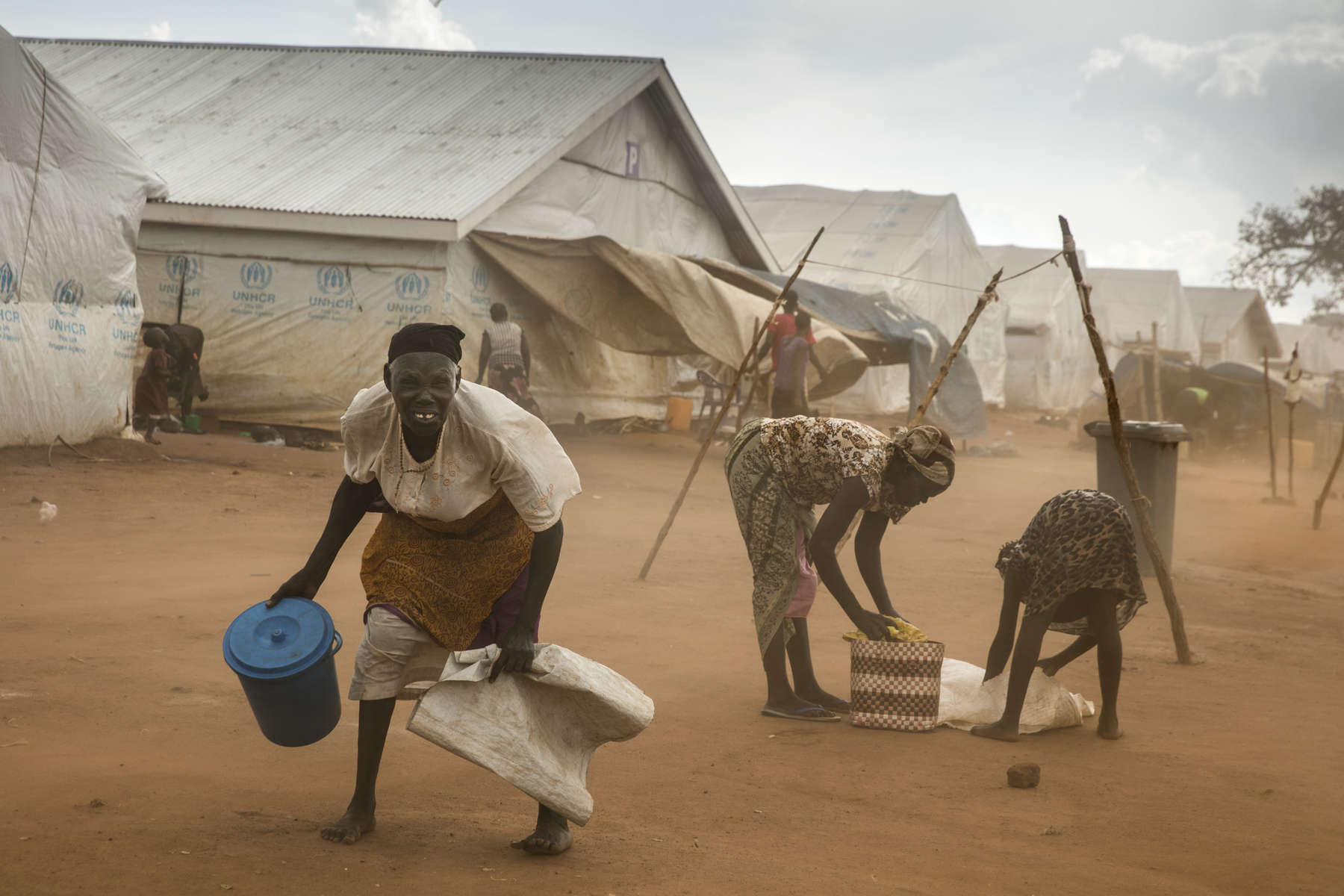 ADJUMANI DISTRICT-UGANDA: Nyumanzi transit camp: A woman rushes to escape a sudden rainstorm that blew into the camp. Hundreds of people are crammed into large tents, living in this transit camp for months waiting to be transferred.

The Onward Struggle: A refugee crisis in Uganda deepens as South Sudanese Refugees are forced to leave their country behind.