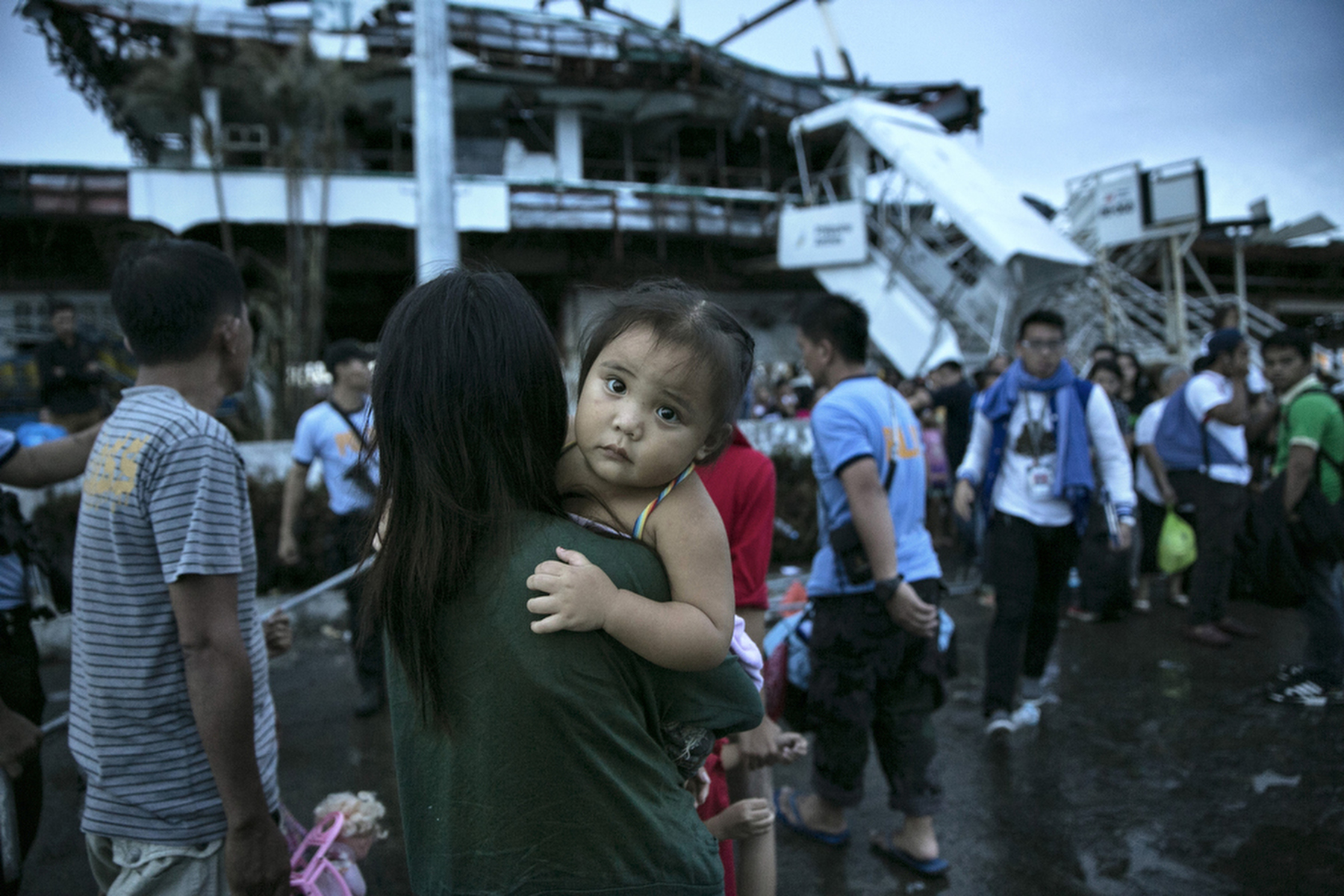 
TACLOBAN, PHILIPPINES - NOVEMBER 12: Hundreds of victims of super typhoon Haiyan get evacuated waiting for a C130 aircraft to take them to Cebu in Tacloban, Philippines November 12, 2013. Four days after the typhoon devastated the region many have nothing left, they are without food or power and most lost their homes. An estimated 10,000 could have died from this horrific natural disaster.(Photo by Paula Bronstein/Getty Images)