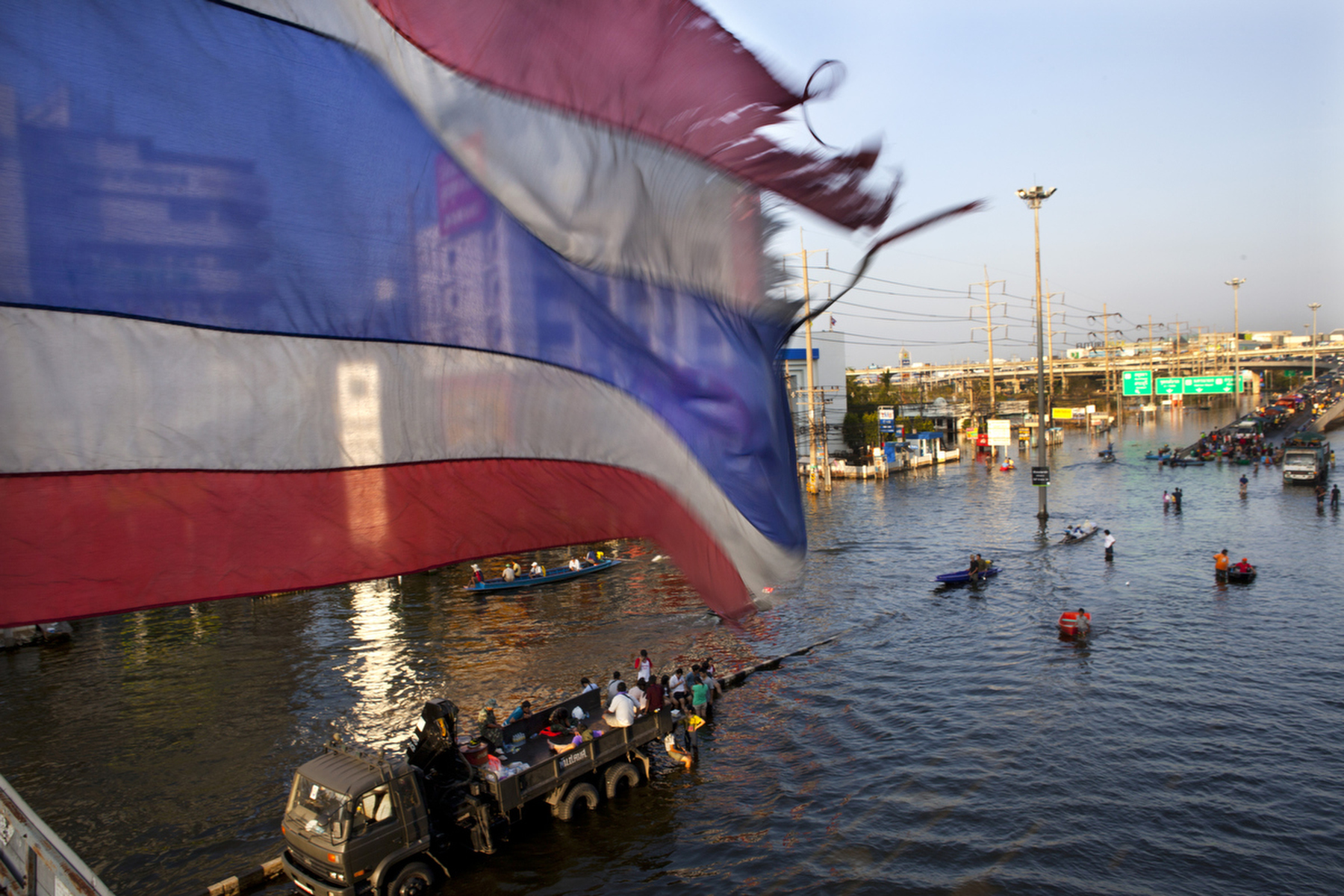 
BANGKOK,THAILAND - NOVEMBER 16 : An old tattered Thai flag blows over a bridge in the flooded district of Rangsit November 16, 2011 in Bangkok, Thailand. U.S Secretary of State Hillary Clinton Clinton came to Thailand today to offer support and significant US help in confronting Thailand\'s massive flooding. Over seven major industrial parks in Bangkok and, thousands of factories have been closed in the central Thai province of Ayutthaya and Nonthaburi with millions of tons of rice damaged. Across the country, the flooding which is now in its third month has affected 25 of Thailand\'s 64 provinces. Thailand is experiencing the worst flooding in over 50 years which has affected more than nine million people. The death toll stands at 562 people.