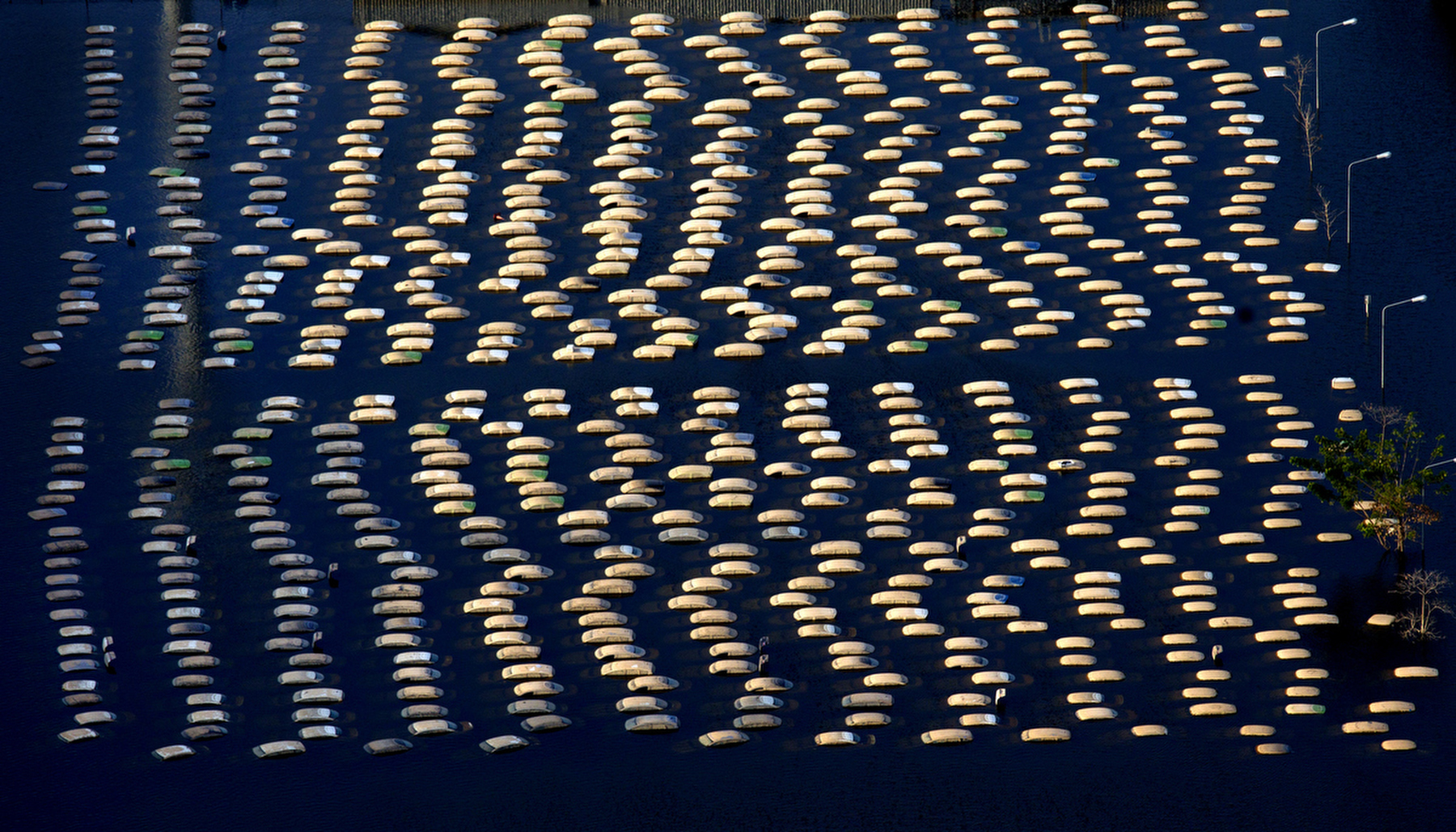 
AYUTTHAYA,THAILAND - NOVEMBER 14 : Honda vehicles are seen in an aerial photo at the flooded Honda factory in the Rojuna Industrial district November 14, 2011 in Ayutthaya, Thailand. While the city of Ayutthaya is recovering from the floods the factories are still underwater for at least a month. Over seven major industrial parks in Bangkok and, thousands of factories have been closed in the central Thai province of Ayutthaya and Nonthaburi with millions of tons of rice damaged. Across the country, the flooding which is now in its third month has affected over 25 of Thailand\'s 64 provinces. Thailand is experiencing the worst flooding in over 50 years which has affected more than nine million people. Over 400 people have died in flood-related incidents since late July according to the Department of Disaster Prevention and Mitigation.