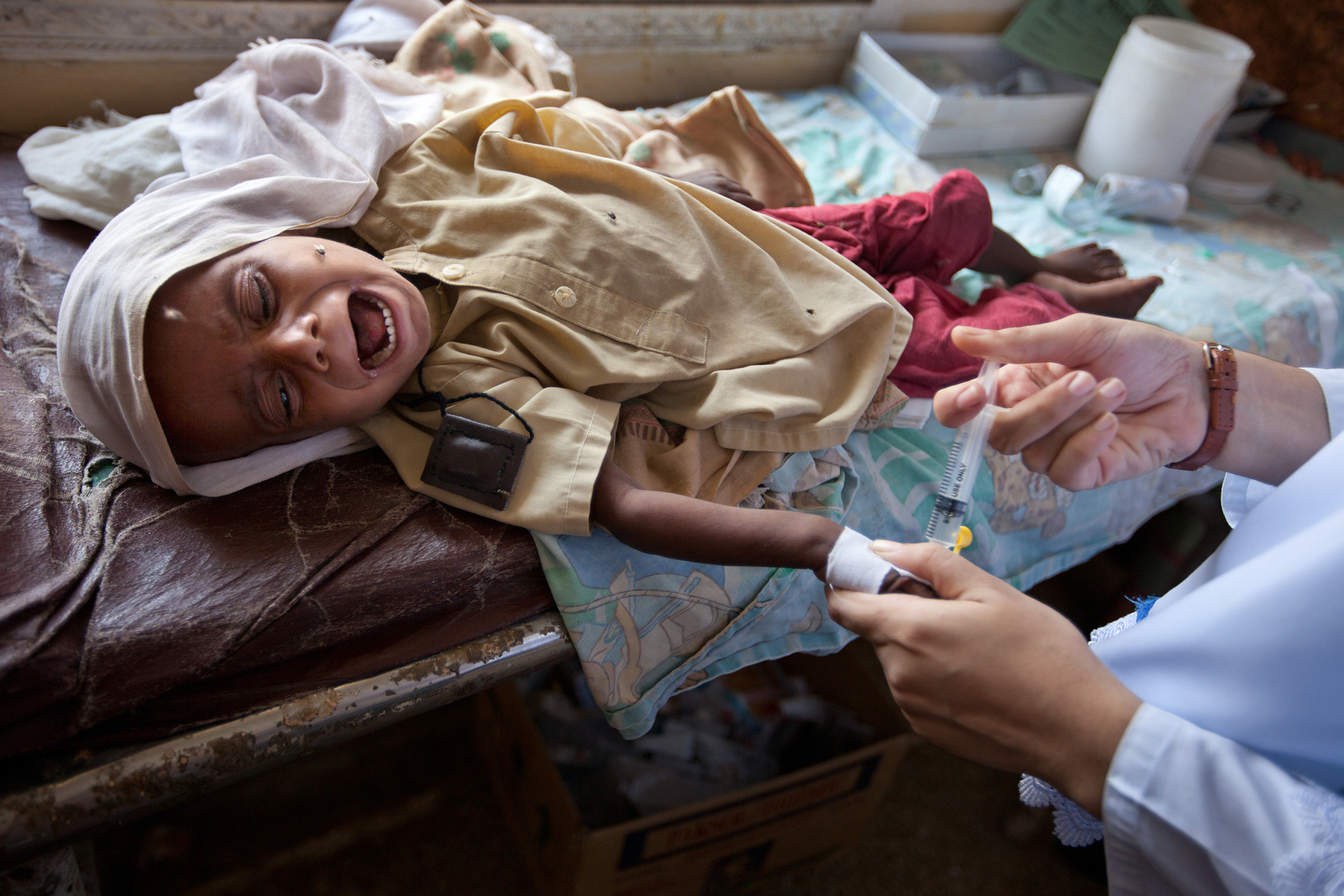 
SUKKUR, PAKISTAN-AUG 21: Flood victims suffering from gastroenteritis and diarrhea pack a government hospital ward for flood effected children August 21, 2010 in Sukkur , Pakistan. The country\'s agricultural heartland has been devastated as rice, corn and wheat crops have been destroyed by the floods, government officials claim as many as 20 million people have been effected by the flooding with 15 million seriously effected. Pakistan is suffering from the worst flooding in 80 years as the army and aid organizations continue to struggle three weeks on with the wide spread scale of the disaster which has killed over 1,600 people and injured 2,000. The relief effort is being hampered by logistical problems, including the ability to reach many of the victims. The U.N has described the disaster as unprecedented with over a third of the country under water. It has now received more than half of the $460 million appeal it issued last week to pay for humanitarian operations over the next three months.