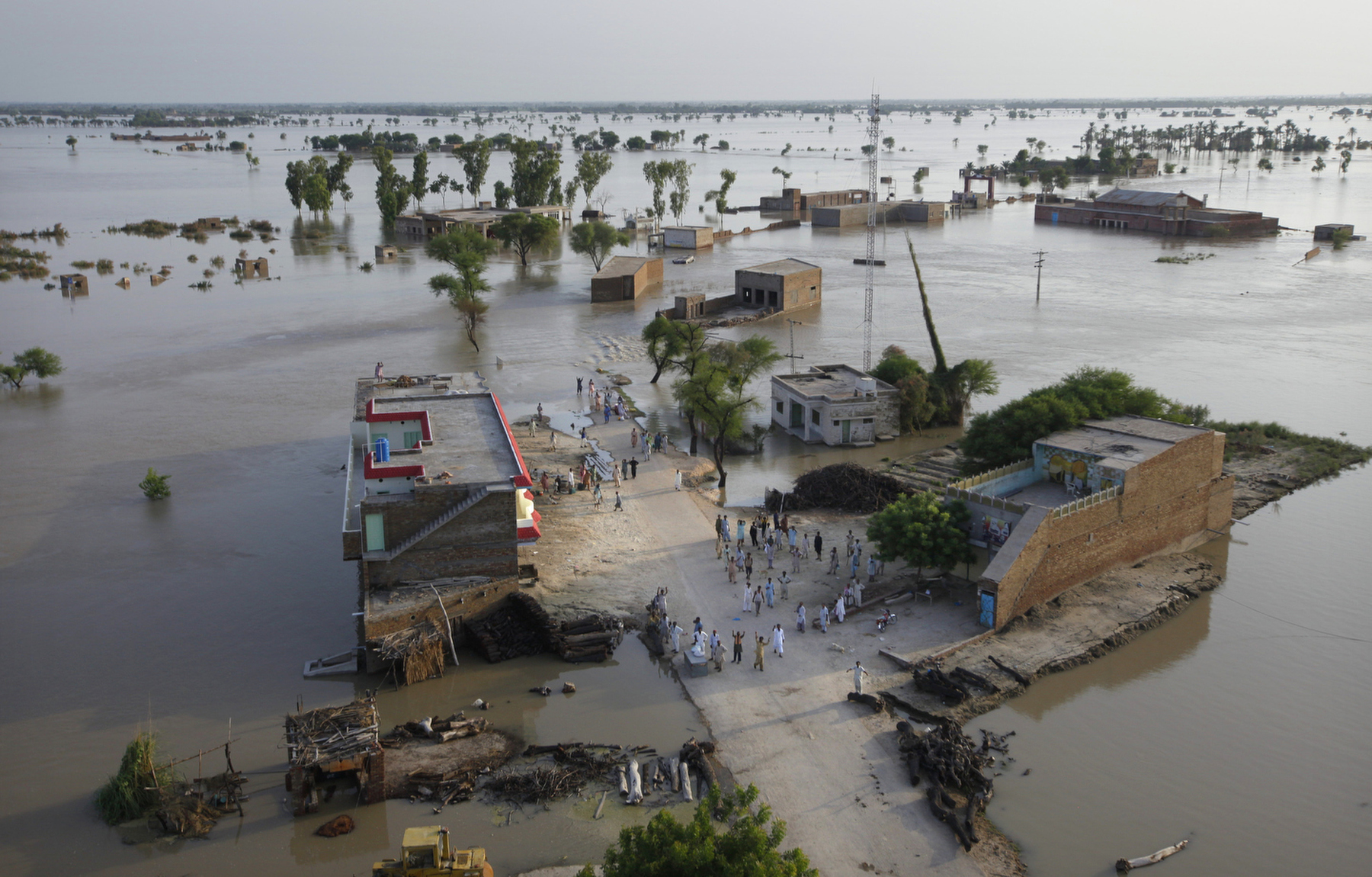 MIRPUR BURIRO, PAKISTAN-AUG 12 : Desperate people get evacuated by the Pakistan Army as flood waters continue to cause suffering two weeks on after the floods began August 12, 2010 in Mirpur Buriro , Pakistan. Nineteen men were rescued from an empty village surround by flood waters for the last three days, the men said they had no food left. The country\'s agricultural heartland has been devastated as rice, corn and wheat fields are flooded creating a massive lake that goes on for many miles. Pakistan is suffering from the worst flooding in 80 years as the army and aid organizations struggle to cope with the scope of the wide spread scale of the disaster which has killed atleast 1,600 people and displaced millions. In addition, Pakistani\'s have become more frustrated with the government\'s response and a lack of foreign aid. The U.N has described the disaster as unprecedented.