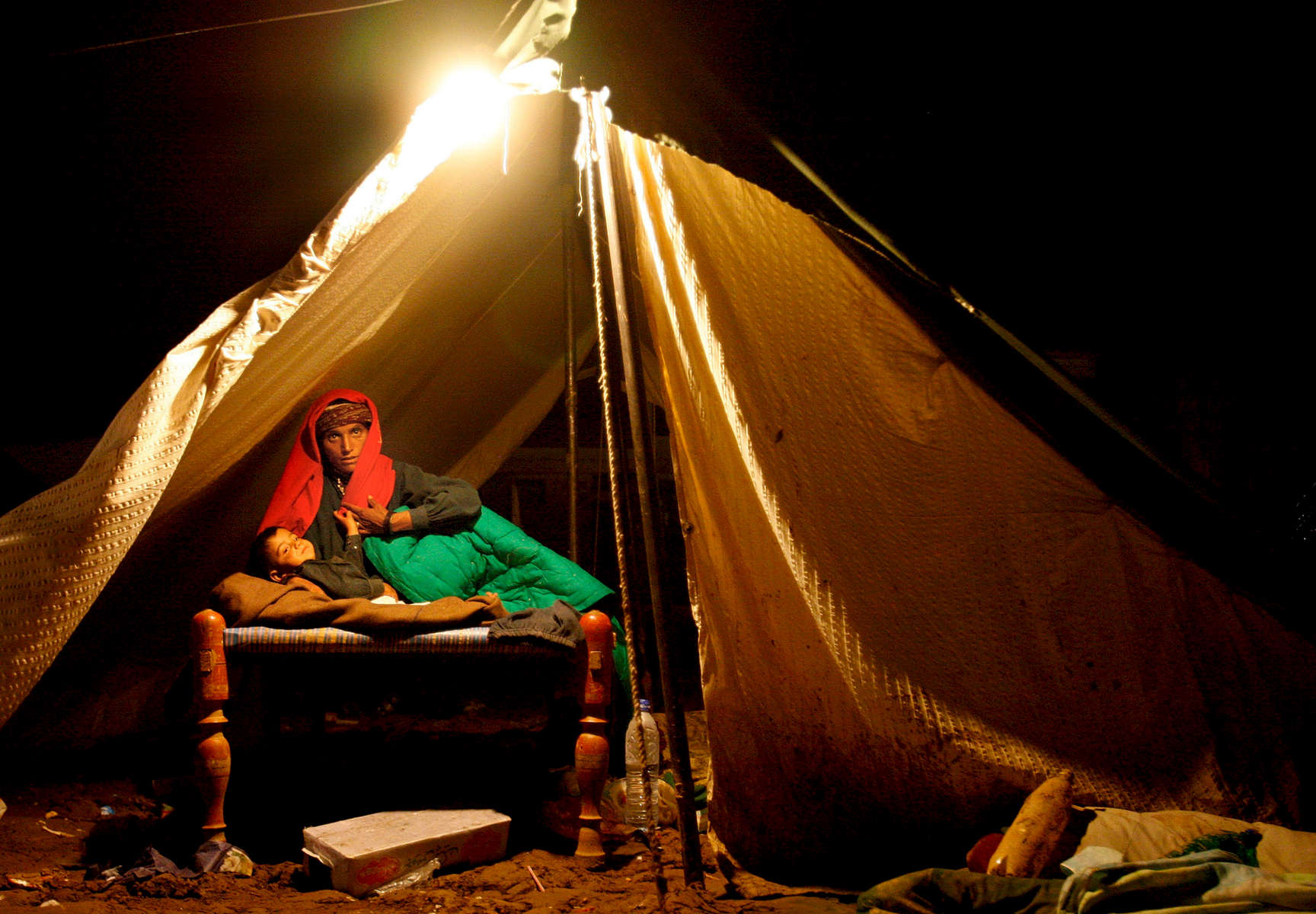 
THE AGONY OF KASHMIR-PAKISTAN EARTHQUAKE BALAKOT, PAKISTAN-OCTOBER 18: Hassan jan holds baby Sheeraz, 1 year who has a broken pelvis, their home was destroyed in Balakot now they are forced to live on the muddy ground outside in a makeshift hospital. A devastating earthquake measuring 7.6 on the Richter scale hit northern Pakistan and neighboring India in early October leaving up to 3 million people homeless in Pakistan, killing almost 80,000 in Pakistan and another 1,400 in Indian-Kashmir. Rescue efforts were complicated by the remote mountainous landscape and the vast areas effected leaving the people in desperate situations. The injured were trapped for days with little food and no shelter as roads were blocked by landslides until helicopters were able to rescue the victims. Aid agencies could barely grasp the enormity of the natural disaster, the worst in Pakistan’s history.