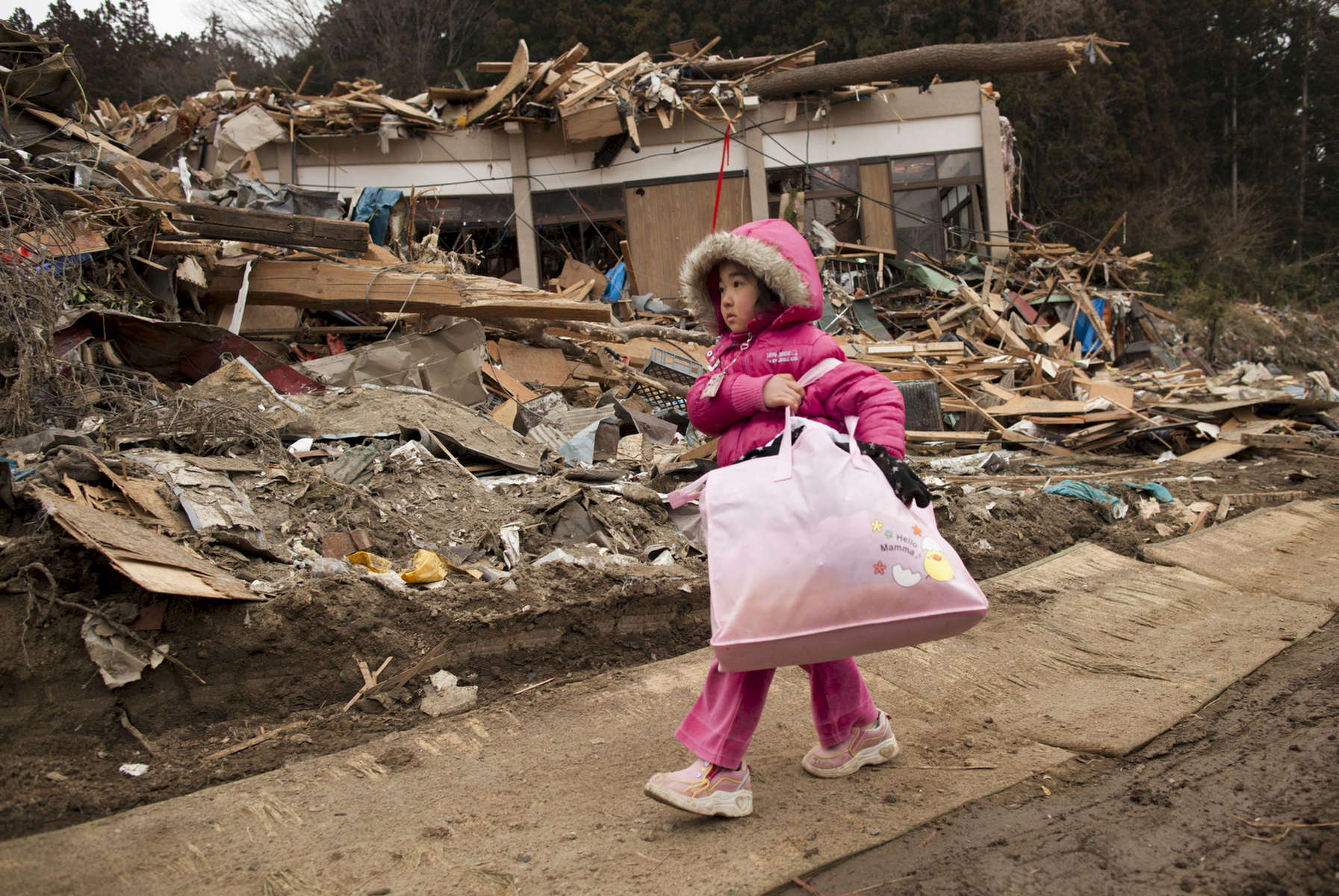 
Neena Sasaki, 5, carries some of the family belongings from her home that was destroyed after the devastating earthquake and tsunami March 15, 2011 in Rikuzentakata, Miyagi province, Japan. One of the world\'s most developed country suffered it\'s worst natural disaster as a strong 8.9 earthquake followed by a Tsunami hit the north-central coast of Japan, killing thousands, followed by a potential nuclear meltdown after the country\'s major nuclear plant was seriously damaged from the quake.