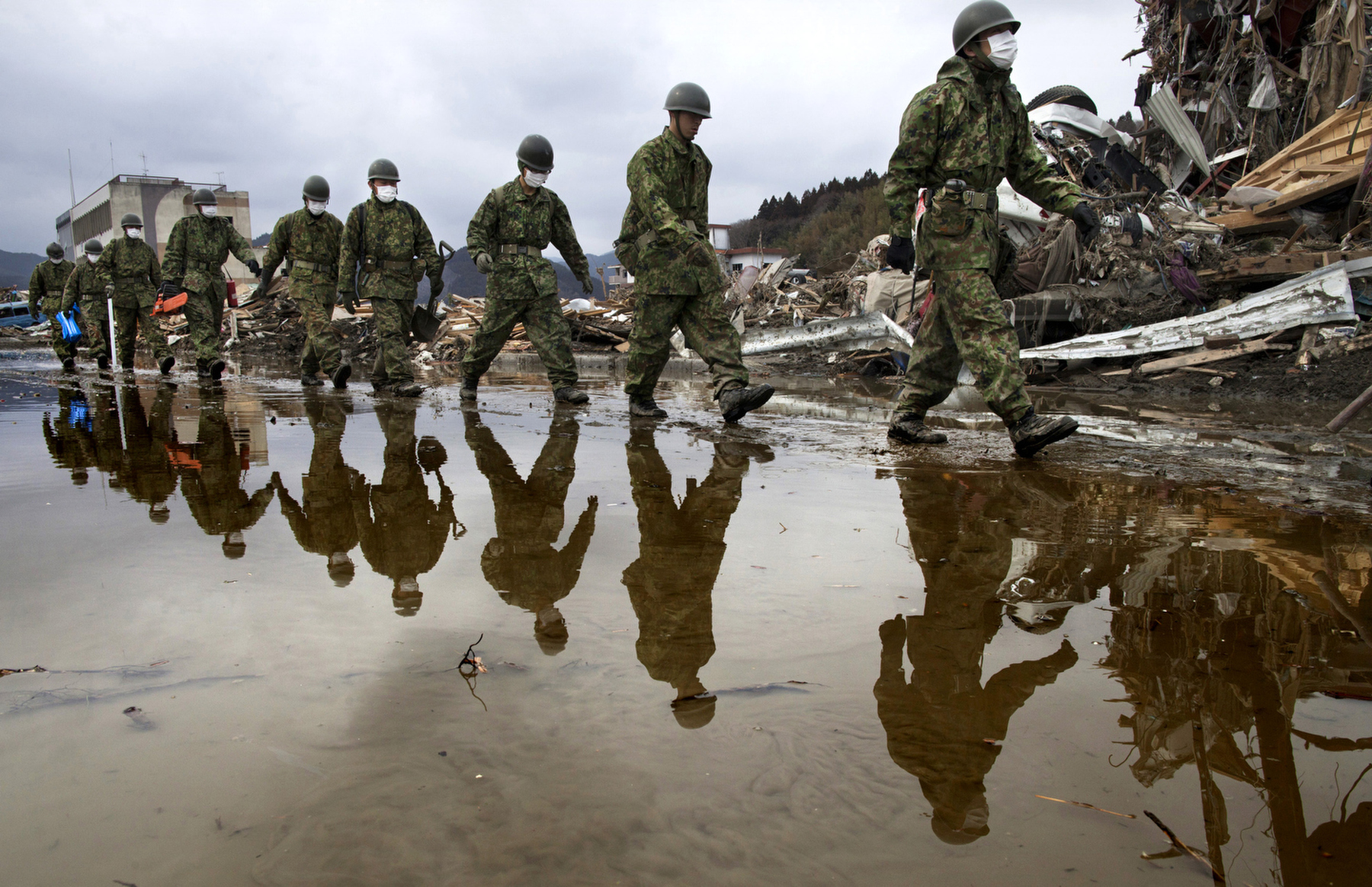 
Japanese military march during a search and rescue mission scouring the rubble of a village destroyed by the devastating earthquake and tsunami March 15, 2011 in Rikuzentakata, Miyagi province, Japan. One of the world\'s most developed country suffered it\'s worst natural disaster as a strong 8.9 earthquake followed by a Tsunami hit the north-central coast of Japan, killing thousands, followed by a potential nuclear meltdown after the country\'s major nuclear plant was seriously damaged from the quake.